Rabat - The piano of the romantic Hollywood movie “Casablanca” was sold on Monday for $3.4 million at an auction in New York, reportedly becoming the most expensive in the world. 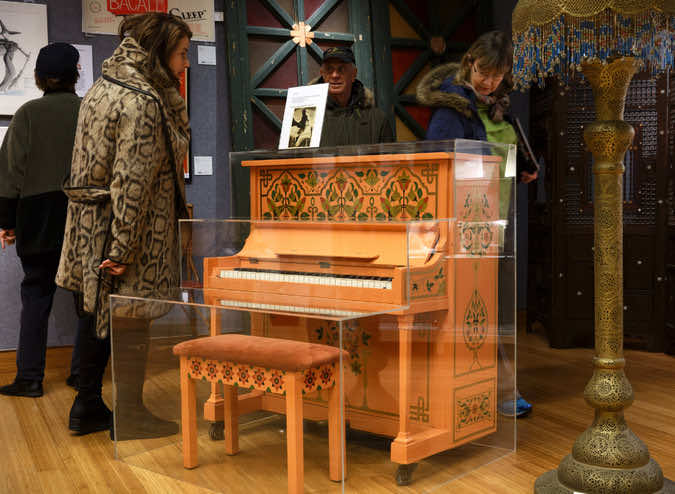 Rabat – The piano of the romantic Hollywood movie “Casablanca” was sold on Monday for $3.4 million at an auction in New York, reportedly becoming the most expensive in the world.

Probably made in 1927 by the First National Pictures studio, this “piano bar” which was installed in the Rick’s Cafe, is composed of a 58 key keyboard shortcut instead of 88.

The piano is golden yellow with touches of Moroccan green and gold design that give it a different look to the way it looked in the black-and-white movie.

The piano appeared on the screen for only 70 seconds, showing Humphrey Bogart listening while Dooley Wilson plays the piano.

Dooley Wilson, as Sam, was playing on the piano when Ingrid Bergman said one of Hollywood’s unforgettable words, urging Sam to play and sing the song. “Play it, Sam. Play ‘As Time Goes By,” she said.

“Casablanca is one of the most successful and acclaimed Hollywood movies. Directed by Michael Curtiz in 1942, the 102 minutes movie revolves around “Rick’s Café Américain,” a nightclub and gambling den in Casablanca, which attracted many nationalities. The movie, which was shot during wartime, reflects the situation prevailing in the world at the time.