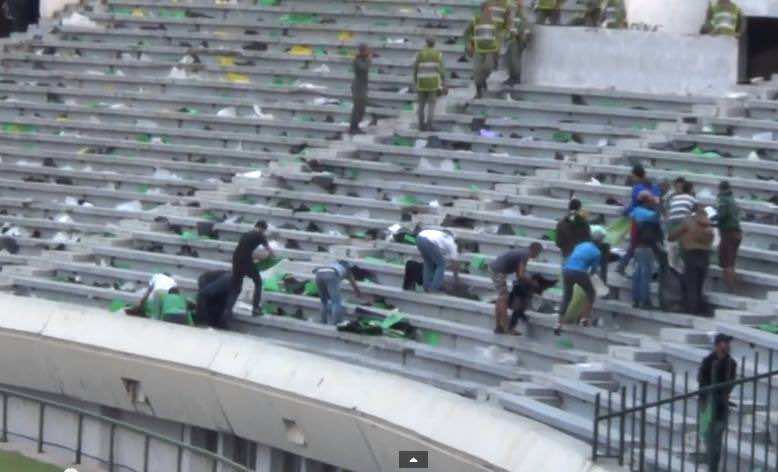 Many people appreciated the chanting of the fans although not very much the performance produced by both sides on the pitch.

However, in a video recently posted on YouTube, fans of Raja Casablanca were shown after the game that ended in a draw score 1-1, cleaning the stands they occupied while helping each other putting rubbish in large trash bags.

This is something good and new to Moroccan football given the fact that in too many occasions the fans, or some of the fans, usually end up breaking things and cause shenanigans.