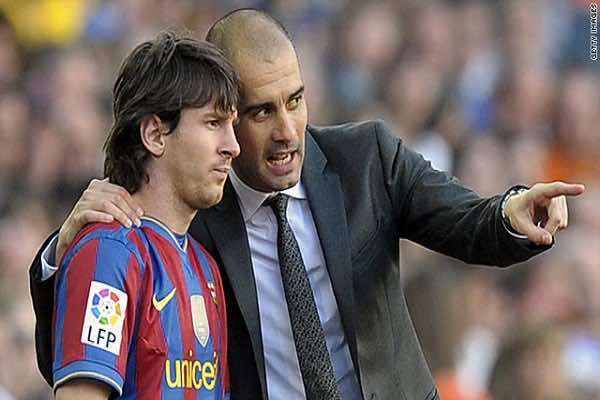 The former Barcelona manager praised the Argentine who managed to become La Liga’s all-time top scorer over the weekend with 253 goals ahead of Bilbao’s Telmo Zarra.

Speaking during the pre-match press conference ahead of Bayern Munich’s match against Manchester City in the Champions League on Tuesday, Guardiola said that Messi “has broken a record that everyone thought was unbreakable, a figure which was unreachable and one which has stood for 60 years.”

“It will take another 600 years before his record is broken,” he added.

Guardiola managed Messi between 2008 and 2012 during the heydays of Barcelona.

Asked about Messi’s current situation inside the Catalan club in light of the 27-year-old recent comments about a potential Barca exit, Guardiola said: “It would make me happy to see Messi finish his career at Barca; I say that from the heart.”