Rabat  -  the General de Corps d'Armée Bouchaib Arroub, Inspector General of the FAR and Commander of the Southern Zone met Monday at the FAR General Staff headquarters in Rabat Admiral Bernard Rogel, Chief of Staff of the French Navy. 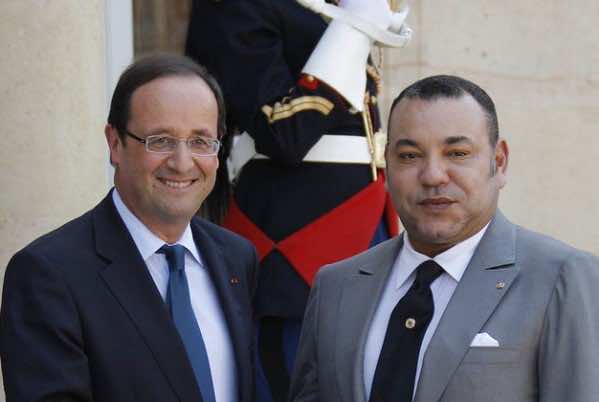 Rabat  –  the General de Corps d’Armée Bouchaib Arroub, Inspector General of the FAR and Commander of the Southern Zone met Monday at the FAR General Staff headquarters in Rabat Admiral Bernard Rogel, Chief of Staff of the French Navy.

The two military officials particularly discussed means of promoting interoperability between the Royal Navy and the French Navy through exchange of experiences and expertise.

The acquisition in 2013 by the Royal Navy of the French multi-mission FREMM frigate, named “Mohammed VI” came to strengthen the various exchanges part of the military cooperation between the two countries, the same source added.

Admiral Bernard Rogel is on a working visit to the Kingdom from November 23 to 25 along with a military delegation.

Military cooperation between Morocco and France is governed by a several agreements and technical arrangements. Joint military commissions held regular meetings in Rabat and Paris every two years.