Rabat - A Moroccan young mother in Belgium has miraculously escaped death when a car driver deliberately drove into her as she crossed the Kersbeek Avenue in Forest, Belgium. 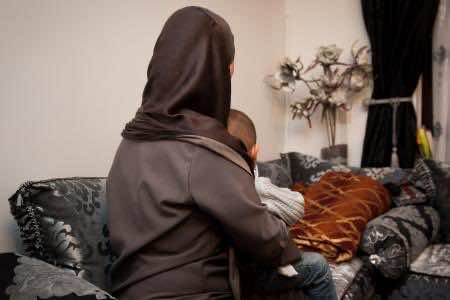 Rabat – A Moroccan young mother in Belgium has miraculously escaped death when a car driver deliberately drove into her as she crossed the Kersbeek Avenue in Forest, Belgium.

Fatima Ziati told her story, which goes back to October 21, to Lacapitale. The victim does not want this racist car attack to go unpunished.

“This is a racist person, she drove towards me because I wear the veil,” Ziati said.

Ziaiti, 33, said the woman, who was driving a Peugeot, had enough time to brake, but instead “she accelerated and deflected towards us.”
The victim said that she was accompanied by her sister who managed to jump aside and escape death.

But the car hit the victim and she was dragged on the edge of the windshield.

“I cried, I cried, I begged the driver to stop. But she laughed with a satanic smile, as if she had fun doing that. And she was kicking the brake and the wheel in zigzag strokes trying to get me down,” Ziati said.