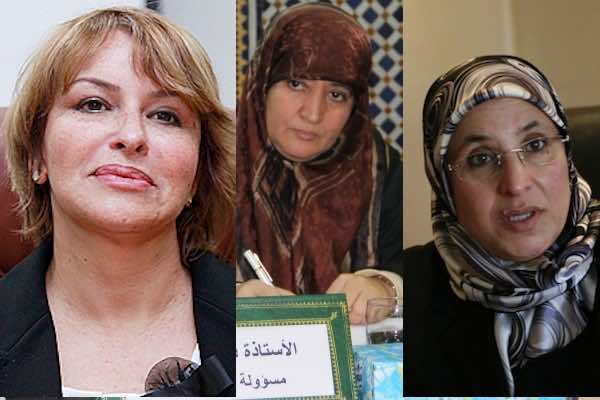 Bassima Hakkaoui, Minister of Solidarity, Women, Family, and Social Development, was the first exceptional woman in Morocco, according to the Magazine. She was recognized for her famous speech to the delegation of the United Nations Rights of the Child on September 4, denouncing the enlistment of children in the army at the Tindouf camps.

Hakima El Haiti, Minister for the Environment, who on June 11 received the Freedom Prize, given annually by the Catalan Foundation for Women for Freedom and Democracy.

Fatima Nejjar, a preacher and educational activist, elected in August 2014 as the 2nd Vice President of the Movement for Unity and Reform. She is the first Vice President in the history of the Islamist movement.

The selection committee was composed, in addition to the Sayidati team, of thirty experts in Arab media, economics, science, and administration.