Rabat - Moroccan National Team and FC Bayern Munich defender Mehdi Benatia has been selected for the UEFA's 40-member shortlist for team of the year, along with eight other Bayern Munich players. 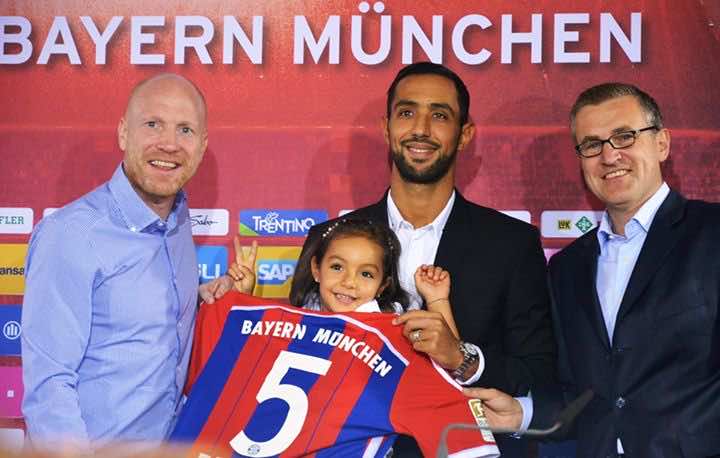 By
Aziz Allilou
-
Aziz Allilou is a student at the Higher Institute of Media and Communications (ISIC) and Morocco World News correspondent in Rabat.
Nov 26, 2014
Spread the love

Rabat – Moroccan National Team and FC Bayern Munich defender Mehdi Benatia has been selected for the UEFA’s 40-member shortlist for team of the year, along with eight other Bayern Munich players.

Mehdi Benatia and Yaya Toure were the only the only two African players on the 40-man shortlist for the prestigious UEFA.com award. Fans vote for their favorite players for each position to form the Team of the Year.

Voting is open for the UEFA.com users’ Team of the Year 2014 poll. The general public has until 13.00CET on January 6 to cast their vote. Users must choose their preferred formation before picking their starting lineup from four goalkeepers, twelve defenders, twelve midfielders, and twelve strikers.

Morocco’s Mehdia Benatia is competing against some of the world’s greatest defenders, such as Real Madrid’s Sergio Ramos and Daniel Carvajal, and Manchester City’s Vincent Kompan and Pablo Zabaleta, as well as seven other defenders.

After a successful season with Italy’s AS Rome, Mehdi Benatia moved to FC Bayern Munich to help shore up a previously leaky defense and soften the blow of Javi Martínez’s absence, after he tore his cruciate ligaments.