Rabat - Tetouan-based North Observatory of Human Rights has released a new report about the 'socio-demographic characteristics' of Jihadists from northern Morocco who are fighting in Iraq and Syria. The study was based on a sample of 30 jihadists, including two women. 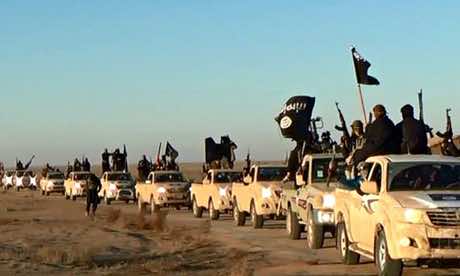 Rabat – Tetouan-based North Observatory of Human Rights has released a new report about the ‘socio-demographic characteristics’ of Jihadists from northern Morocco who are fighting in Iraq and Syria. The study was based on a sample of 30 jihadists, including two women.

According to the report of the observatory released on November 23, the main factors that motivated jihadists to join the ranks of the Islamic State, formerly known as ISIS or ISIL, in Iraq and parts of Syria, have nothing to do with religion as it is commonly believed.

However, the report cited by Telquel Magazine, has found that by fighting under the umbrella of the terrorist organization the Islamic State (IS), the Jihadists from northern Morocco are in fact looking for “fame” and to live the “adventure”.

Not only they are seeking the ‘glory’ of fighting along other jihadists and live the action of carrying guns and bombing things, the Moroccan jihadists are also joining IS in order to improve their financial conditions, especially that media reports suggest that the most brutal terrorist regime the world has ever seen could have up to $2 billion from a combination of oil revenues, private donations, tax, and ransom payments.

Contrary to the widely-held belief suggesting that these young men and women who join extremist groups in parts of the Middle East do so primarily for religious purposes, the report added that religion and the ‘belief in the cause’ come in second row in terms of the preoccupations of Moroccans joining IS.

According to the observatory, about a third of the 1500 Moroccans fighting for extremist groups in Iraq and Syria are from northern Morocco, adding that 67% of them are under the age of 25 while 74% are from disadvantaged social classes who live in the underprivileged shanty towns of Fnideq, Martil, and Tetouan.

The sample studied in the report does not include jihadists over the age of 30.

The report added that the Jihadists surveyed said that they lived a reclusive life and were not socially integrated. They worked mainly as peddlers, construction worker assistants and hawkers, highlighted the report.

As for their political affiliations, 90% of the respondents said that they have never joined a political party or association. 10% of them participated in the protests of the 20th February movement and supported Islamist prisoners.

Concerning methods of recruiting jihadists, 40% of ‘first generation jihadists’, those who went to Syria between 2011 and 2012, said they have been recruited through either their friends or Salafi networks.

60 % of ‘Second generation jihadist’ or post 2012, said they were recruited through more advanced tools mainly the internet and social networks.