Paris - The UNESCO nominated on Thursday ‘Argan, Practices and Know-how Concerning the Argan Tree’ for possible inscription in the 2014 Representative List of the Intangible Cultural Heritage of Humanity. 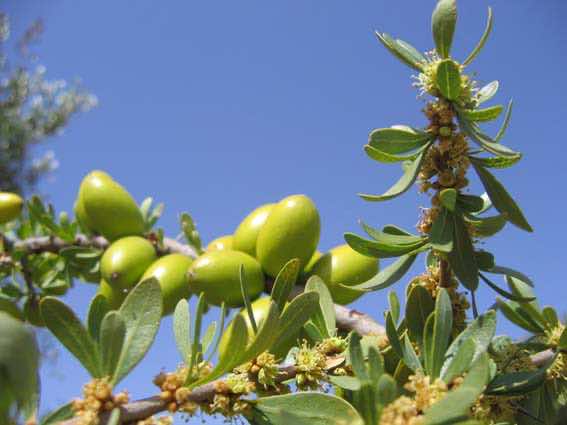 Paris – The UNESCO nominated on Thursday ‘Argan, Practices and Know-how Concerning the Argan Tree’ for possible inscription in the 2014 Representative List of the Intangible Cultural Heritage of Humanity.

“This nomination further consolidates the Royal directives attaching utmost importance to the intangible heritage with a particular focus on its key contribution to wealth creation,” Zohour Alaoui, Morocco’s Ambassador and Permanent Delegate to the UNESCO, told MAP.

The UNESCO’s nomination is also a recognition of the know-how passed on from generation to generation mainly thanks to rural women who kept the economic, social and environmental dimension of the tree in a way that is considerate of sustainable development, Alaoui said. She added that for Moroccans, the nomination is also a source of pride of their identity and their rich cultural and historical heritage.

The Moroccan diplomat also paid tribute to the numerous actors who contributed to the nomination, notably rural women in Argan cooperatives, the Ministry of Culture, local associations in Argan tree regions and the Mohammed VI foundation for research and protection of the Argan tree.

In the same vein, she highlighted the efforts led by the Ministry of Agriculture and the National Agency for the development of Oases and Argan tree in promoting protecting the Argan tree and enhancing the know-how and best practices pertaining to the Argan tree.

Morocco’s 2011-2020 plan to develop oases and Argan tree areas provides for rehabilitating 200,000 hectares covered by the Argan tree and extending the cultivated area by 5,000 hectares as well as boosting Argan oil production from an estimated 4,000 tons per year to 10,000 tons by 2020.

In its decision, the UNESCO committee stresses that know-how concerning the argan tree contributes both to the local economy and to ecological sustainability and notes that Morocco has demonstrated how this inscription could contribute to raising awareness on the importance of intangible cultural heritage as a vector of human creativity and of the relationship of human beings with their natural environment, while encouraging dialogue among communities concerning respect for nature.

It also highlights that Morocco demonstrated a wide participation and involvement of the communities in the nomination process including diverse local associations, women’s cooperatives and a research foundation.

The Argan tree is an endemic woodland species found in the Arganeraie Biosphere Reserve in south-west Morocco. Rural women and, to a lesser extent, men practice traditional methods to extract Argan oil which has multiple uses for cooking, medicines and cosmetics, a process that includes harvesting the fruit, drying, pulping, grinding, sorting, milling and mixing.

All the cultural aspects associated with the Argan tree, including cultivation of the tree, oil extraction, the preparation of recipes and derived products, and the crafting of traditional tools for the various tasks, contribute to social cohesion, understanding between individuals and mutual respect between communities.

Argan oil is given as a wedding gift and is used extensively in the preparation of festive dishes. Traditional know-how specific to the extraction of the oil and its multiple uses is systematically transmitted by ‘Argan women’, who teach their daughters from a young age to put it into practice.