Rabat - Delphi Automotive, American global supplier of technologies for the automotive and commercial vehicle markets, has opened a new production unit in the city of Kenitra, making it the third Delphi unit in Morocco. 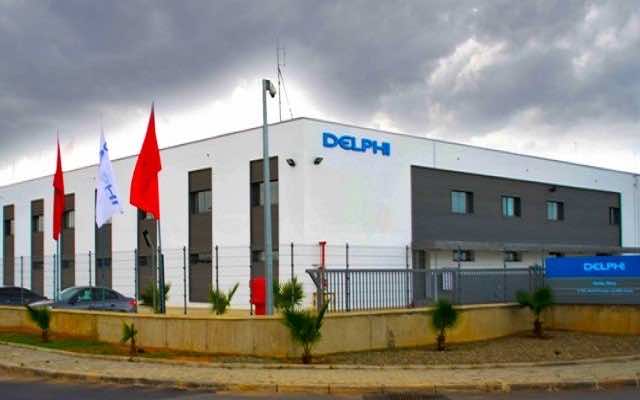 Rabat – Delphi Automotive, American global supplier of technologies for the automotive and commercial vehicle markets, has opened a new production unit in the city of Kenitra, making it the third Delphi unit in Morocco.

The new unit of 21,000 m2 built on a surface of more than 5.5 ha was inaugurated on Wednesday, November 26 in the presence of the company’s CEO for Europe and the MENA region Mike Beckett.

1,700 employees, including 45 engineers specializing in automotive wiring will make the workforce of the new Delphi production unit. This will bring the total number of employees in Delphi Morocco to a total of 9,600.

Delphi started its operations in Morocco back in 1999 where it opened its first production unit of automotive wiring in Tangier.

In 2008, the American company built a new unit in the Tangier Free Zone. The two production units have a total of 7,900 employees.

Asked about the reasons behind the decision to expand the operation of Delphi in Morocco, Mike Beckett said that “Morocco offers a competitive environment for the manufacturing of automotive components due to its proximity to Europe, infrastructure, qualified manpower and the support of the Moroccan authorities.”

Delphi CEO also hailed the cooperation of government officials at the local level who ‘have been very active throughout the project preparation process.’

A convention of hiring was signed between Delphi Morocco and the Ministry of Employment on the sidelines of the inauguration of the new production unit in Kenitra.

Delphi is present in 32 countries around the world where it operates major technical centers, manufacturing sites and customer support services.