New York - There is absolutely nothing Islamic about ISIS other than its name, which this criminal organization has wrongfully misappropriated. ISIS is an association of gangsters that is more akin to a drug cartel in its use of terror and violence than to anything reflecting, even tenuously, the teachings of Islam.

By
Paola Garcia
-
Paola Garcia is a writer and translator from Chihuahua, Mexico.
Nov 28, 2014
Spread the love

New York – There is absolutely nothing Islamic about ISIS other than its name, which this criminal organization has wrongfully misappropriated. ISIS is an association of gangsters that is more akin to a drug cartel in its use of terror and violence than to anything reflecting, even tenuously, the teachings of Islam.

Nihad Awad, the director of the Council on American-Islamic Relations (CAIR), the nation’s largest Muslim civil rights and advocacy organization, correctly points out that “When ISIS uses the Islamic declaration of faith, the shahada, and the Prophet Muhammad’s (PBUH) seal on its flag, it falsely claims to uphold the banner of Islam. When ISIS says it is establishing a “caliphate,” it does so to fool those who have experienced nothing but injustice and oppression into believing past glories will be restored.”

This claim is ludicrous. The caliphates of the past were based on the Islamic ideals of equality , compassion , progress , education , and the eradication of any form of oppression found in the Quran and in the life and teachings of Prophet Muhammad (PBUH).

Due to the progressive nature of its ideological foundations, the Islamic world from the year 800 to 1600 brought about unprecedented advancement to society in all areas of life. It established equality among human beings, encouraged education, invention, scholarship and, generally, the pursuit of knowledge commanded by the Quran. These caliphates, founded on Islamic principles, uplifted those who were oppressed and allowed diversity of creed, following the Quran’s clear instruction that “there shall be no compulsion in religion” (Quran 2:256).

A famous businesswoman, historian, and politician, Ms. Carleton Fiorina, the former Chief Executive Officer of Hewlett-Packard Corporation, delivered a powerful speech on the golden age of Islam shortly after 9/11:

“There was once a civilization that was the greatest in the world. It was able to create a continental super-state that stretched from ocean to ocean and from northern climes to tropics and deserts. Within its dominion lived hundreds of millions of people, of different creeds and ethnic origins.

This civilization was driven, more than anything, by invention. Its architects designed buildings that defied gravity. Its mathematicians created the algebra and algorithms that would enable the building of computers, and the creation of encryption. Its doctors examined the human body, and found new cures for disease.

Its astronomers looked into the heavens, named the stars, and paved the way for space travel and exploration. Its writers created thousands of stories. Stories of courage, romance and magic. Its poets wrote of love, when others before them were too steeped in fear to think of such things.

When other nations were afraid of ideas, this civilization thrived on them, and kept them alive.”

As it is very apparent, these ideals and accomplishments are the exact opposite of the violent ideological foundation and criminal acts of ISIS and other similar organizations. This terrorist group claims that it seeks a return to the “golden era” of Islam without, unfortunately, having any knowledge or understanding of it or of the groundwork this would entail.

Absurd and extreme interpretations contravene the essential teachings and ideals of Islam and restore the precise illnesses and evils that the Quran was revealed to alleviate and eradicate from the world. As Dr. Sultan Abdulhameed brilliantly explains in The Quran and the Life of Excellence, if Islam, or any other religion, “is taught in ways that contribute to constriction of human potential, to unhappiness and lack of productivity, they are false, regardless of how famous the scholar who conveys these ideas is.”

2- Compassion is an essential part of Islam. Every chapter of the Quran except for one begins: “In the name of God, the Merciful, the Compassionate.” The sustenance of the universe depends on God’s mercy and compassion for His creation. Compassion is so vital to God’s existence that it embraces all that exists in the universe (40:7). God sent Muhammad as a prophet as mercy to the world (Quran 21:107). Any true follower of the Prophet (PBUH) must be as merciful and compassionate as possible. Anyone who is cruel and has no sensitivity towards the suffering of others cannot be the Prophet’s real follower in any sense.

4- “…Whosoever follows a path to seek knowledge therein, Allah will make easy for him a path to Paradise” (Sahih Muslim, Book 35 Number 6518).

7- The Quran very clearly prohibits extremism: “We made you to be a community of the middle way, so that (with the example of your lives) you might bear witness to the truth before all mankind.” (Quran, 2:143). 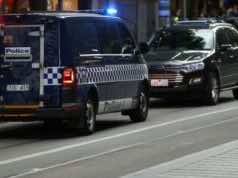 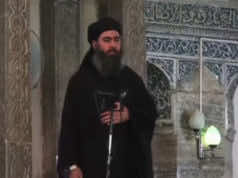