Rabat - A new report by the Economic and Social Council (ECS) has found that Moroccan women are getting paid less than their male colleagues. 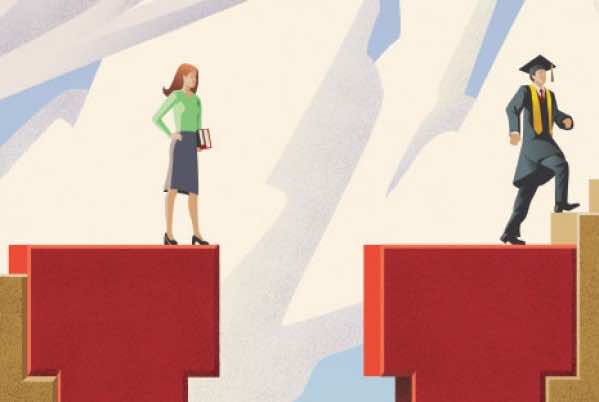 Rabat – A new report by the Economic and Social Council (ECS) has found that Moroccan women are getting paid less than their male colleagues.

According to the report on disparities in wages between men and women in Morocco, women’s wages in the private sector are 25% less than men’s.

The report, cited by Akhbar Al Yaoum daily newspaper in its weekend issue, said that according to international estimates on the issue of wage disparity between men and women Morocco is ranked 130 far behind Arab and African countries.

The report said that what exacerbates the situation even more is the fact that in 2012, only 30% of those enrolled in the National Social Security Fund (CNSS) are women.

The ECS cited data from CNSS suggesting that the median monthly income for Moroccan women is fixed at 4171 Dirhams, compared to 4941 Dirhams for men.

The Council said regarding the issue that “even though the constitutional reforms in Morocco made it possible to make progress in the field of women’s contribution to development, their effectiveness remains inadequate in the absence of a clear vision of moving toward the actual realization of gender equality in the institutional, economic, social and cultural levels.”

The report went on to add that women activity remains limited to a number of occupations. In urban areas, for example, nearly three-quarters of working women (75.2%) are employed as blue-collar workers, mostly in the status of Assistant in domestic work.

The report highlighted that women constitute only 22.7% of the workforce in the labor market, compared to 66.4 % of men. The figure represents less than a quarter of adult women who reached the age of work.