Fez - With heavy rains and widespread flooding and devastation throughout Morocco, what is the role of Moroccan citizens? 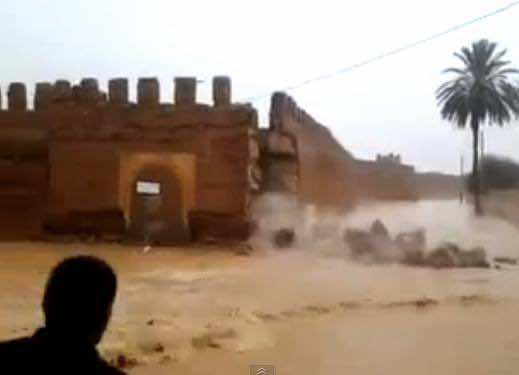 Fez – With heavy rains and widespread flooding and devastation throughout Morocco, what is the role of Moroccan citizens?

Moroccans are known for their magnanimous attitude and generosity when times are hard. They spare no energy to help the poor and contribute to charitable projects. With the torrential rain that has deluged many areas of Morocco already and is expected to continue for several more days, accompanied by unprecedented devastation captured and reported by the national media, what is our role as citizens?

Now is the time for Moroccans to prove to the world they are a model of fraternity and solidarity by giving generously to support the many victims of the disastrous flooding in the south of Morocco.

Many families have been torn apart and literally flushed out of their houses, while many others are still isolated and cut off due to flooding that has destroyed roads and bridges and made them impassable. Many have no access to medical assistance or supplies as many bridges have been swept away, some areas have been declared as emergency areas.

The Moroccan government is in crisis because of the slow economy and the need to address many major issues. Given the inability of the government to take on also the monumental task of responding to widespread flooding, Moroccans should not leave their southern brothers to their own fate. Civil society associations, and the rich and people from the middle class are urgently needed to come together and respond to the problem.

Moroccans should not wait for the government to intervene or to allocate funds to save those affected in the targeted areas because such action is not enough to address the needs of the victims.

One solution is for the government to deduct from the pay of employees in the public sector small sums and to otherwise oblige wealthy business men and women in the private sector to contribute to charitable projects.

If Moroccans are reluctant to respond to the call, then what can we expect from others. Morocco is for Moroccans. In a significant initiative, the King himself did not hesitate to supply funds to cover the expenses of the wounded and the dead. He also ordered supplies of food, medicine, and equipment to be sent to isolated areas.

Moroccan citizen’s should follow his example and establish a national project to garner donations and help the afflicted areas and citizens.

God said “The example of those who spend their wealth in the way of Allah is like a seed [of grain] which grows seven spikes; in each spike is a hundred grains. And Allah multiplies [His reward] for whom He wills. And Allah is all-Encompassing and Knowing.” [Quran 2: 261]

Real Islam and patriotism is demonstrated in times of trouble. Let us apply our values and convert our words to action. The people in the south await your help.