Rabat - Hundreds of local residents in Buizakarne reportedly took to the streets on Sunday in a march to protest the lack of supplies available in the aftermath of the unprecedented flooding that hit Buizakarane and the southern provinces of Morocco. 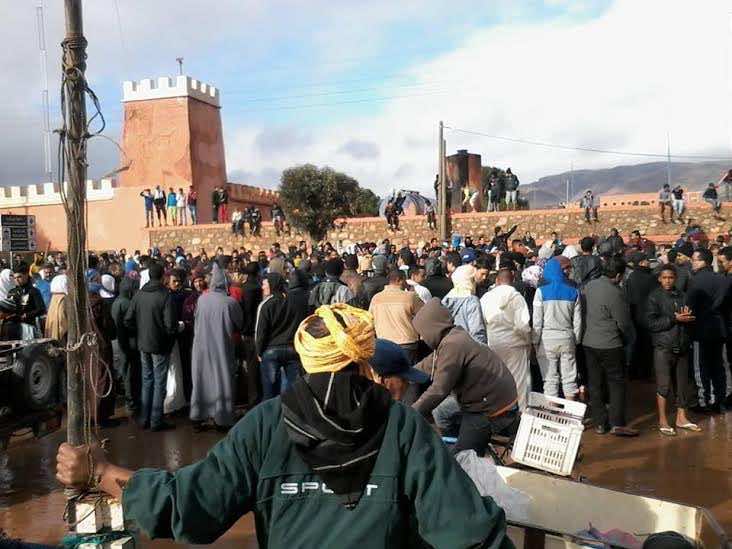 Rabat – Hundreds of local residents in Buizakarne reportedly took to the streets on Sunday in a march to protest the lack of supplies available in the aftermath of the unprecedented flooding that hit Buizakarane and the southern provinces of Morocco.

The march was led by civil society activists in Buizakarne near Guelmime and with the participation of hundreds of local residents.

Protesters condemned the government’s neglect of the flood-damaged area, of local residents who suffer from the lack of supplies due to the blocked roads, as well as the lack of the basic public services.

They also criticized the government for not having taken precautionary measures to minimize the damage, despite the warnings announced by the national weather service.

An eyewitness from Bouizakarne told Morocco World News that the march was peaceful and that he did not witness any conflict between protestors and security agents.

He added that the recent floods left residents in Bouizakarne completely cut off, with “no water, no electricity, no food, no flour, no vegetables or bread or gas.’’

Some of the protesters took pictures of the march and posted them on social media. In minutes, the pictures were widely shared among Moroccan social media users who voiced sympathy with the Buizakarne residents, while some of them criticized the government.

Reporting from Rabat by Aziz Allilou. Editing by Elisabeth Myers