Rabat - The 4th Gulf-Morocco investment forum held in Casablanca from 28 to 30 November has announced several major projects in the sectors of communications, agriculture and health. 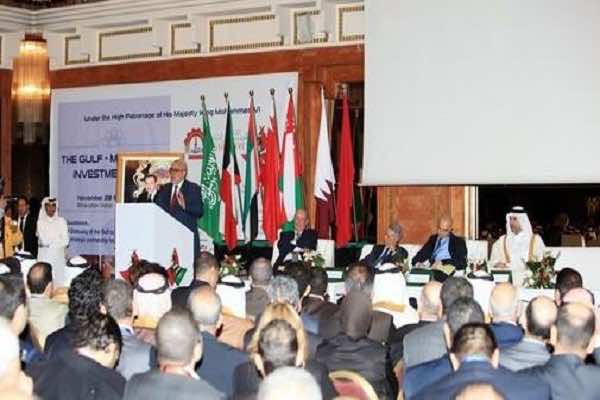 Rabat – The 4th Gulf-Morocco investment forum held in Casablanca from 28 to 30 November has announced several major projects in the sectors of communications, agriculture and health.

According to Maghreb Arab Press (MAP), Jordanian group Sayegh has expressed willingness to launch a media city in Morocco. The group explained that “the kingdom enjoys stability and has capacities and resources likely to succeed the initiative.”

The forum, which gathered around 500 businessmen from Morocco and the Gulf countries, has resulted in the announcement of Moroccan-Saudi investments such as the creation of Sama Company for agricultural investment, the launching of real estate projects in the Gulf countries, the launching of a project for health tourism and an initiative by group Taswik to organize an international fair of smart cities.

In addition, investors called for the creation of an investment bank to support youth projects in Morocco and the Gulf countries, and especially small and medium businesses SMEs.

The president of Moroccan Federation of Commerce and Industry chambers Driss Haouat called for the adoption of necessary mechanisms for the establishment of a common Arab Market by the year 2020. He also requested to resume negotiations to reach a free trade agreement between the Gulf countries and Morocco.

For his part, Khalifa Ben Jassem Al Thani, president of GCC Chambers, urged Moroccan authorities to simplify and speed up administrative procedures for bilateral cooperation between the Gulf countries and Morocco.