Casablanca  -  The Gulf Cooperation council countries consider Morocco as a prominent partner and an open gate on Africa and Europe, said Chairman of the governing board of the Saudi Chambers of commerce and industry, Abdulrahman S Al Otaichan, who took part in the 4th Morocco-Gulf investment forum held in Casablanca. 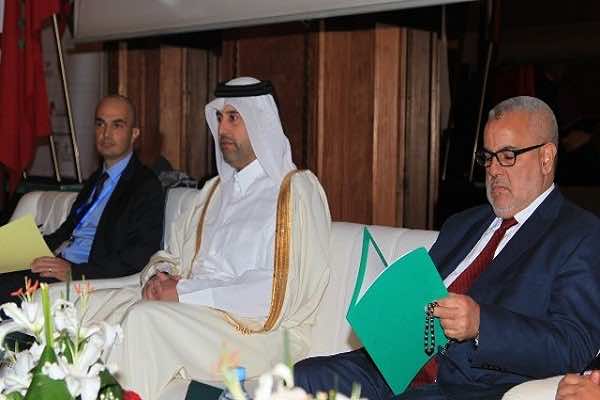 Casablanca  –  The Gulf Cooperation council countries consider Morocco as a prominent partner and an open gate on Africa and Europe, said Chairman of the governing board of the Saudi Chambers of commerce and industry, Abdulrahman S Al Otaichan, who took part in the 4th Morocco-Gulf investment forum held in Casablanca.

After underlining the adequate atmosphere set in Morocco for local and foreign investors and the Kingdom’s outstanding economic potentials, he called the two sides to develop active and mutually-profitable cooperation.

“We are noting with satisfaction that cooperation between Morocco and the GCC is improving but we want to develop it even further and expand it to various fields,” he said.

Trade between and the GCC countries hardly exceeded 3.5 million Dollars in 2012, including over 90 pc exchanges between Morocco and Saudi Arabia. The overall volume of investments from these countries in Morocco reached, during the last ten years, some 5 billion Dollars, in addition to contributions by the GCC fund to tourism projects.

Al Otaichain, who welcomed the Forum as “very important” for business operators of the two sides, stressed that over 500 entrepreneurs from Morocco and the Gulf, as well as Morocco’s head of government and other eminent personalities were present.

Debates discussed perspectives of partnership between Morocco and the GCC and bilateral cooperation in energy, mining, telecoms, transport and railways as well as formulating a legal framework for SME’s establishment.

The Casablanca declaration, adopted by the Forum, stressed the need to set up a business bank to support projects for the Youth in Morocco and the Gulf and promote small and medium-sized enterprises.

Morocco-Saudi investment groups announced the establishment of “Sama” enterprise for agricultural investments, real-estate projects in the Gulf countries and a hospital-tourism compound as well as a pioneer initiative by “Taswik” group to hold an international fair on smart life in smart cities.