Marrakesh - After declaring Guelmim a disaster area due to the recent floods that hit several parts of the city, Mohammed Al Adami, the governor of Guelmim, advised the inhabitants to collect and drink the rainwater in a statement to the Regional Channel of Al Ayoun. 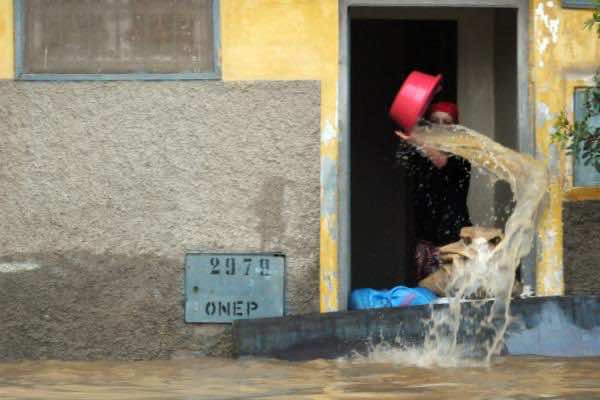 Marrakesh – After declaring Guelmim a disaster area due to the recent floods that hit several parts of the city, Mohammed Al Adami, the governor of Guelmim, advised the inhabitants to collect and drink the rainwater in a statement to the Regional Channel of Al Ayoun.

The governor asked the inhabitants to take advantage of the rainwater after several roads, pipelines, electricity and telecom networks were nearly damaged. Addressing the citizens, he says, “Collect it – the rainwater – and put it in buckets and cisterns; it’s potable and useful for cleaning.”

Al Adami praised the patience and resilience of the inhabitants in the hard situations they are currently enduring as results of a natural disaster.

“But what is not normal are buildings’ construction processes down the valleys,” he said.

“People forget that one day valleys must return to their normal streams, which people did not take into account when building their houses” he added.

Ministerial delegation consists of Mohammed Hassad, the Interior Minister, and Charki Draiss, Minister Delegate to the Interior Minister. Civilian and military figures have visited Guelmim on Sunday evening to measure loss that was caused by the floods that hit the city last week.

Guelmim is still in complete isolation, and many families have lost their homes and estates.