RIYADH - A Saudi Arabian woman who tried to drive into the kingdom from the United Arab Emirates said on Monday she is stuck at the frontier and unable to pass.Saudi Arabia is the only country in the world which does not allow women to drive. 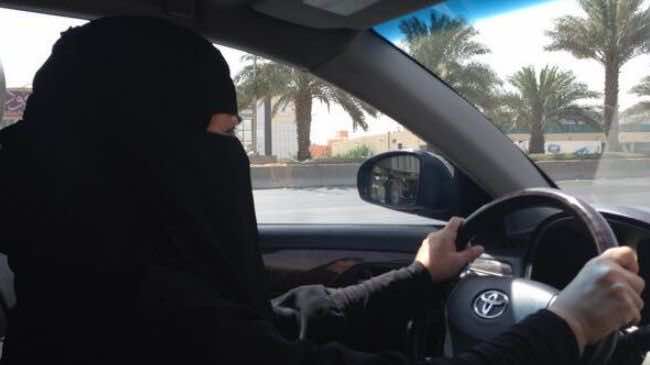 RIYADH – A Saudi Arabian woman who tried to drive into the kingdom from the United Arab Emirates said on Monday she is stuck at the frontier and unable to pass.

Saudi Arabia is the only country in the world which does not allow women to drive.

“I have been at the Saudi border for 24 hours. They don t want to give me my passport nor will they let me pass,” Loujain Hathloul said in a Tweet at around midday, before Tweets from @LoujainHathloul stopped.

Activists said she was arrested on Monday afternoon, but the interior ministry could not immediately comment on her case.
“They don t want her to come because she is a woman driver,” one activist told AFP, asking to remain anonymous.

“The customs (department) have no right to prevent me from entering even if in their opinion I am a violator because I am Saudi,” Hathloul tweeted on Monday morning.

She said her driving licence “is valid in all GCC countries”, a reference to the six-nation Gulf Cooperation Council which includes Saudi Arabia.

Hathloul also posted details about her long confinement in her car.

She said another woman arrived “and has brought me a toothbrush. Refreshing”.

“Thank God I still have some petrol left,” she wrote.
“If it weren t for that I would have died of the cold last night and my phone switched off. Yaala, I am almost 20 hours now at the border.”
Six hours into her wait she had said she was “optimistic”, and earlier joked: “If someone brings me a horse or a camel to the border, maybe then I ll be allowed to pass.”

During October dozens of women drove and posted images of themselves doing so as part of an online campaign supporting the right to drive.

In response, the interior ministry said it would “strictly implement” measures against anyone undermining “the social cohesion”.
Women drivers have previously been arrested and cars have been confiscated, activists say.

They say women s driving is not actually against the law, and the ban is linked to tradition and custom in the Islamic nation.