Abu Dhabi - King Mohammed VI, who is visiting the United Arab Emirates, attended on Tuesday the parade held by the Gulf state on its 43rd national day. 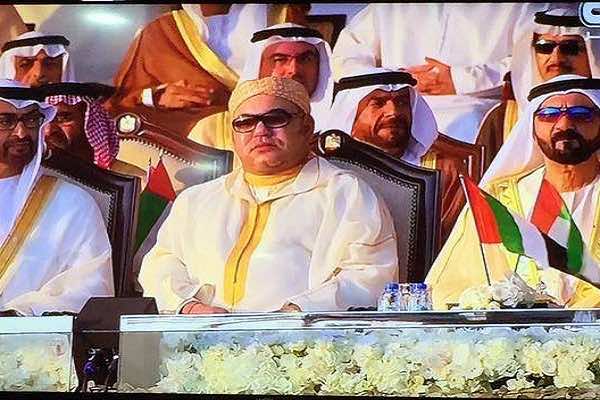 Abu Dhabi – King Mohammed VI, who is visiting the United Arab Emirates, attended on Tuesday the parade held by the Gulf state on its 43rd national day.

King Mohammed VI arrived in Abu Dhabi on Monday for private visit. The visit comes a year after the private the Moroccan monarch paid to the UAE in October-November 2013. On that occasion, he had attended the opening leading business center in Abu Dubai, as well as he 5th Formula 1 Abu Dhabi Grand Prix.

Morocco holds a strong relationship with the UAE. On Monday, Morocco’s House of Representatives approved a law supporting military cooperation between Morocco and the United Arab Emirates.

The law allows the Moroccan government to provide military, security, and logistical support to the United Arab Emirates to help them fight terrorism.

Last October, Morocco had pledged its “active support” to the UAE’s fight against terrorism and the preservation of regional and international peace and stability.