Madrid - Like Mahjouba Mohamed Hamdidaf, who was set free thanks to an international mobilisation after 90 days of captivity, another girl is being held against her will in the Polisario-run camps in south-western Algeria. 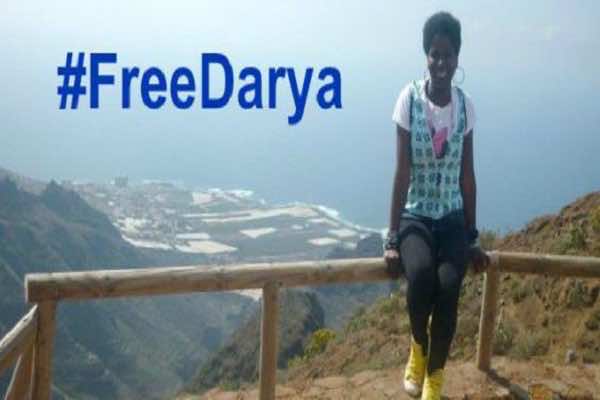 Madrid – Like Mahjouba Mohamed Hamdidaf, who was set free thanks to an international mobilisation after 90 days of captivity, another girl is being held against her will in the Polisario-run camps in south-western Algeria.

The 25-year old Darya Embarek Selma is held by her biological family in connivance with the Polisario leadership who prevent her from returning to Tenerife in the Canary Islands where she used to study and live with her adoptive family.

The recent call by Tenerife’s Municipal Council for the liberation of the girl signals the failure of the polisario representative in the Canary Islands to prevent the emergence of a solidarity movement as was the case with Mahjouba.

An online petition entitled “Free Darya” was launched to help set free the young girl from the polisario-administred camps in the Algerian territory.

Darya arrived in Tenerife in 2001 as part of a polisario propaganda programme called “holidays in peace” where children are used for political ends.

Last January, she paid a visit to Tindouf camps to see her ailing biological father. Since then, she has been held captive against her will and prevented from returning to Spain to pursue her university studies.