Marrakech - Abdulaziz Erabah, Morocco’s Minister of Equipment and Transport, said that the government needs MAD 1 billion to repair roads and archways that were damaged by the floods that hit southern Morocco last week. 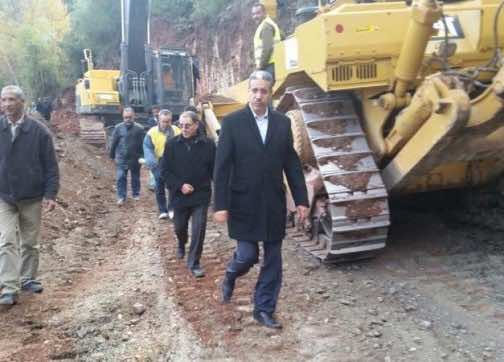 Marrakech – Abdulaziz Erabah, Morocco’s Minister of Equipment and Transport, said that the government needs MAD 1 billion to repair roads and archways that were damaged by the floods that hit southern Morocco last week.

In a statement Erabah delivered before the House of Representatives on Tuesday, he explained that due to the unprecedented disaster the floods have created in the southern cities, the road network has been significantly affected and 18000 of the 62000 roads suffered severe damage. An additional 505 bridges were completely flooded.

The minister did not mention any methodology for measuring the material losses caused by the floods, but rather compared them to losses the floods that hit the Western region in 2009. “The floods of western Morocco caused losses estimated around MAD 4 billion, while the recent floods of the South brought about greater losses,” he said

The minster linked the material losses to the fact that the South and Southeast regions were suffering from drought, with the State already having a plan to fight against it.

Yet overnight, they found themselves facing a myriad of problems caused by the floods, an entirely new situation that the impacted areas had not experienced before.

According to latest figures released by the government, in addition to the material damage brought by the recent flooding, 47 people lost their lives.