Rabat - Qatar Charity has reportedly granted financial aid to 128 families from those most affected by the recent flooding that hit the city of Guelmim and its surroundings. 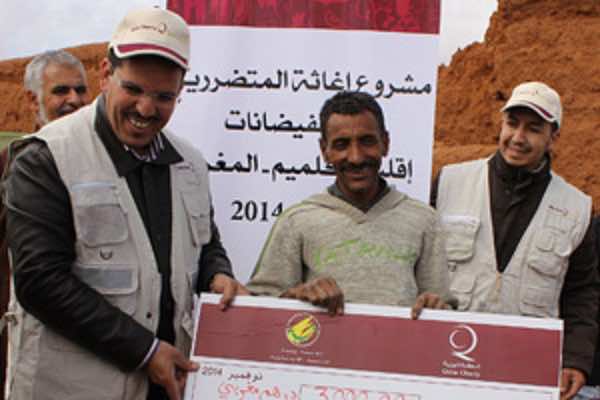 Rabat – Qatar Charity has reportedly granted financial aid to 128 families from those most affected by the recent flooding that hit the city of Guelmim and its surroundings.

The aid was proportional to the damage and it went from 3,000 to 10,000 Dirhams to each family, the NGO said in a statement on Tuesday.

Qatar Charity, the first foreign NGO to intervene following the flooding, asked the authorities to provide it with information of affected families, particularly those who have suffered the most damage.

The NGO said that it took its staff more than 50 hours to reach the affected areas, while in normal circumstances it only takes 8 hours.