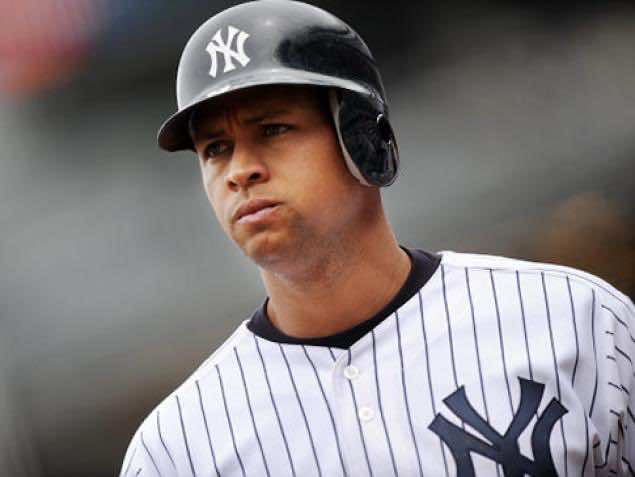 New York – It’s not exactly news that disgraced Yankees player Alex Rodriguez has been embroiled in doping scandals in the past. However, new information arose this month that Rodriguez admitted to using performance-enhancing drugs to the DEA this past January, and subsequently admitted involvement in the Biogenesis scandal that broke in August.

The scandal arose when an ex-employee of the Biogenesis of America clinic in Coral Gables, Florida revealed records that showed the clinic’s role in offering steroids for sale and HGH (human growth hormone), as reported by Steroidsforsale.com. The company was run by Anthony Bosch and reportedly specialized in hormone replacement therapy, rejuvenation, ans well as weight loss treatments. Several employees quit in the fall of 2012 after not receiving wages, and the clinic that was registered in March of that year closed by December. MLB sued Bosch in March, claiming that he and his business partners “actively participated in a scheme … to solicit or induce Major League players to purchase or have performing-enhancing substances,” according to the Guardian. Bosch was found to be practicing medicine without a license in April of 2013, when he received a cease and desist notice from the Florida government.

Rodriguez reportedly received human growth hormones from the now-defunct Biogenesis of America. Throughout much of the summer, it was expected that Rodriguez would be suspended from his role in the performance-enhancing drug scandal. Confirmation came on August 3, when MLB denied the last-minute offer to negotiate from the players’ union. It gave Rodriguez until August 4 to reach an agreement with regard to suspension or possible greater punishment for participating in the Biogenesis affair.

On August 5 of last year, Major League Baseball suspended Rodriguez from August the 8 until the end of the 2014 season for violating the established policy on steroids and other performance-enhancing drugs. He was suspended for a total of 211 regular-season games and any postseason games. 13 players were suspended for their roles in the scandal, including Rodriguez. MLB sources claim this suspension resulted from his possession of various forms of prohibited performance enhancing drug, including human growth hormone and testosterone, over the course of multiple years and for trying to cover-up these violations of the by engaging in a course of conduct which was intended to obstruct and frustrate the Office of the Commissioner’s investigation. Despite the usual punishment for such an offence being a 50-game suspension, MLB officials had the option of increasing the punishment if Rodriguez’s offence was deemed “detrimental to baseball.”

Florida attorney David Weinstein claims Rodriguez could have been brought before charges of witness tampering, obstruction of justice, and conspiracy to distribute human growth hormone (HGH) and testosterone. These allegations are supported by court documents, media reports, and sources close to the case.

Details of charges against Rodriguez include: obstruction of justice by purchasing and destroying pertinent evidence, offering money for silence and threatening witnesses, and conspiracy to distribute HGH and testosterone for reportedly funding Bosch’s operation after his clinic shut down in the winter of 2012. Rodriguez and associates reportedly offered hush money to witnesses and threatened those who would not comply. Evidence points to a plot to suppress witness testimony and evidence, a scheme in which Rodriguez allegedly was directly involved. So far he has managed to avoid criminal prosecution, his only punishment being the sanctions imposed by MLB. Rodriguez’s cousin Yuri Sucart, a low-level member of the organization, will face trial for his involvement. Bosch has also pleaded guilty to conspiracy to distribute charges. He reported that Rodriguez offered him around $20,000 to flee to Columbia until the investigation cooled off, and that upon his refusal threats were made to himself and his family.

These threats allegedly came from Jorge Velasquez, a known associate of Rodriguez with a rap sheet stretching back twenty years. His crimes included domestic violence, burglary, and grand theft. Velasquez was allegedly tasked with the delivery of thousands of dollars a month to Bosch and company for illicit substances.

David Weinstein claims that Rodriguez “may be as much as a co-accomplice” with Bosch, a serious accusation with criminal ramifications. He claims the player is being “given a pass” on these charges because of his already-ongoing punishment.

Although he is a famous athlete and notable part of the doping conspiracy, A-Rod may only play a small role in the government’s effort to police the use of performance-enhancing drugs in sports. Some people familiar with the case, David Weinstein among them, feel that Rodriguez is escaping criminal punishment due to his privileged position. The New York Daily News speculates that Rodriguez is more useful to prosecution efforts as a witness than a high-profile target. This is one explanation for the lax treatment of his alleged offences, but for Yankees fans these new allegations darken an already tarnished legacy.