Skhirate - Arab unity is not an unattainable dream, nor is it a shimmering mirage, but a legitimate aspiration which can be fulfilled and a strategic necessity to which everyone is called upon to give substance, King Mohammed VI underlined Wednesday. 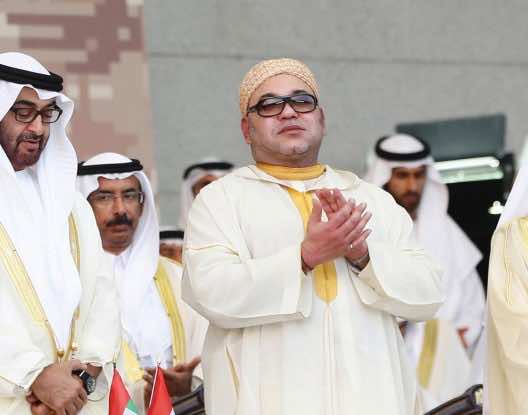 Skhirate – Arab unity is not an unattainable dream, nor is it a shimmering mirage, but a legitimate aspiration which can be fulfilled and a strategic necessity to which everyone is called upon to give substance, King Mohammed VI underlined Wednesday.

“What unites Arab countries exceeds what divides them. Indeed, their unity is rooted in the rock-solid foundation of history and a shared civilization”, the Sovereign said in a message to the participants in the 13th Fikr conference of the Arab Thought Foundation, read out by Abdeltif Menouni, Advisor to the King.

The Monarch noted that in addition to being geographically contiguous, Arab countries are characterized not only by harmony at the human level, but also by complementarity in terms of their immense human and natural resources, while Arab peoples are united by faith, language, culture and blood ties, in addition to fraternity and a common destiny.

“What is deeply and painfully saddening, however, is the division and disunity currently characterizing Arab relations”, the king regretted, noting that ties between most Arab countries are affected by the consequences of long-running inter-Arab disputes, pointless internal conflicts and growing sectarianism, extremism and terrorism.

Some of these countries are wasting their peoples’ resources on fictitious causes and artificial disputes which fan the flames of disunity and separatism, the King pointed out.

In view of this situation, which is rejected by Arab peoples, “promoting complementarity has become an urgent necessity”, the Sovereign said, underlining the importance to address the situation from a new and realistic angle given the growing challenges in the Arab world and beyond.

Complementarity is not only a means to promote development, but it is also an “unavoidable necessity for survival in the face of all-powerful coalitions and groupings”, the King said. Without complementarity, we would either disappear or remain meaningless entities, with no real clout in the international arena”, he warned.

The king also said that Arab complementarity does not mean living in isolation or shutting ourselves off from the world. It must be a catalyst for consolidating the Arab role and clout in Africa and Asia, and for expanding our relations with influential regional and international groupings, he pointed out.

For the Monarch, Arab countries are at a crossroads today, pointing out that they are facing development and security challenges as well as pressing popular aspirations for further rights and freedoms, and greater human dignity and social justice. “These challenges and aspirations can only be addressed through complementarity, unity and integration.”

“It is high time we restored Arab cohesion and closed our ranks, resolutely and in good faith, in order to rise to the real challenges facing Arab peoples, using a comprehensive, multi-dimensional approach”, he said.