Rabat - Moroccan opposition parties, namely the Socialist union of popular forces (USFP), the Istiqlal party (PI), Authenticity and modernity party (PAM) and the Constitutional union (UC) unveiled on Wednesday a national initiative for the implementation of autonomy in the so-called Western Sahara. 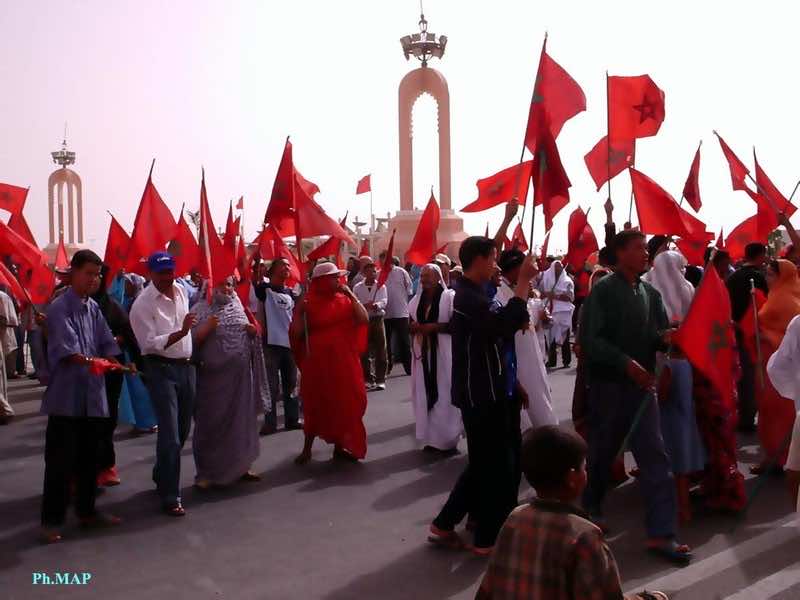 Rabat – Moroccan opposition parties, namely the Socialist union of popular forces (USFP), the Istiqlal party (PI), Authenticity and modernity party (PAM) and the Constitutional union (UC) unveiled on Wednesday a national initiative for the implementation of autonomy in the so-called Western Sahara.

The four parties’ leaders, officials and MPs, said they will set in motion a comprehensive mobilization program all along 2015, as Morocco will be marking the 40th anniversary of the Green march, in addition to a set of local, regional and international actions.

Breaking with former initiatives that tended to be occasional, the political parties welcomed all other parties, trade unions, and non-governmental organizations to join in.

The four parties, which set up a steering committee -composed of the parties’ leaders, plan to conduct diplomatic moves at the United Nations, the European Parliament, and other regional and international organizations.

They argue in a release that the speech delivered last November 06 by King Mohammed VI on the 39th anniversary of the Green March is a reference on how to interact with successive developments in the Sahara issue.
King Mohammed VI had called for candid national dialog and for dedicated and responsible debate on different ideas and visions to come up with clear answers to the Sahara population’s issues and concerns.

The release further points out that the development model formulated by the economic, social and environmental council is also one of the major references to speed up the development pace in the Sahara and “carry on actions to narrow the infrastructure gap and guarantee a life in dignity for the local populations”.

The USFP, PI, PAM and UC also say they will fully take up their responsibility for a national popular mobilization in order to involve all political trends and various categories of population in challenges related to the integrity of Moroccan territory.

The four parties express astonishment at attempts by some UN circles to alter the nature of the conflict and said they totally refuse attempts to undermine the fundamental principles on which the UN efforts have been based, since the beginning, inviting the UN to abstain from any approach other than impartial mediation in its quest for a lasting political solution that is accepted by all.

They recall that the MINURSO’s sole mission is to monitor the UN-mediated cease-fire signed in 1991.
The release deplores Algeria’s responsibility in kindling the dispute in order to perpetuate this artificial conflict and deepen divisions, disunity and discord, running counter to the ambitions of the Maghreban people to integration, cooperation and dignity.