Rabat - Ytto Foundation, an association that works to end violence against women released a troubling report on the situation of women in remote areas of the High Atlas. 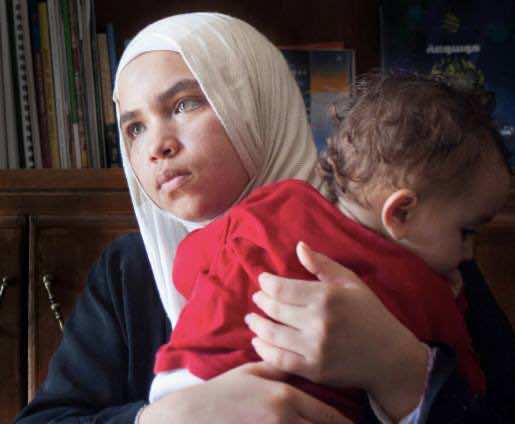 Rabat – Ytto Foundation, an association that works to end violence against women released a troubling report on the situation of women in remote areas of the High Atlas.

The association went to very remote villages only to find out that among the 743 women interviewed, 83% were married before the age of 18.

In addition to the 70 volunteers who remained 2-3 days in each of the eight villages, a medical team was in charge of providing medical care and conducting consultations.

The report cited by Telquel Magazine revealed that there were dramatic medical consequences of early marriage, including a high rate of miscarriages, which cause serious genital diseases.

The report also found that early marriages keep young girls from going to school. If 43% of girls do not go to school because they have to focus on their domestic work, 20% do not go because their husbands simply said no.

In addition, only 7% of marriages are legalized while the majority remains customary. “In these cases, the girls get abandoned, repudiated, therefore considered as single mothers deprived of their rights to alimony and inheritance,” Najat Lkhich, President of Ytto Foundation, was quoted by Telquel as saying.

Therefore, the association, armed with the shocking figures, calls upon the government to intervene. “We are advocates of these little girls since neither the families nor the policymakers care about their fate,” Lkhich said.

“We will challenge the government with the report we have made. If nothing is done, we will sue those decision makers who do nothing,” she warningly added.

The operation by Ytto Foundation was supported by UNICED and funded by UN Women.

Malika El Atifi from UNICEF expressly asked the government to strengthen social services to protect children in the country, adding that early marriage was precisely “both cause and effect of the vulnerability of girls.”

From its part, UN Women, through its representative Ghita El Khirary, asked the authorities that “the family code respects the international commitments of Morocco”, recalling that the new constitution of 2011establishes the primacy of international conventions, including the rights of children, over internal laws.