Rabat - Muslim scholar Dr. Ahmad Raisouni has issued a Fatwa prohibiting work in tobacco manufacturing companies. The fatwa was issued in response to a Moroccan citizen from Tangier‘s inquiry into whether he could accept a job offer with an Emirati tobacco company. 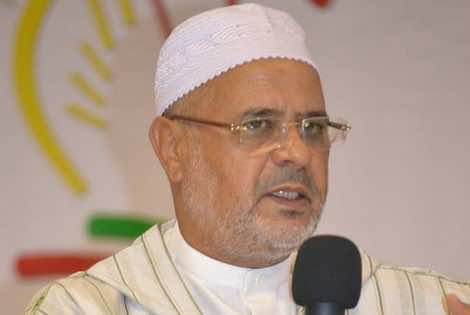 Rabat – Muslim scholar Dr. Ahmad Raisouni has issued a Fatwa prohibiting work in tobacco manufacturing companies. The fatwa was issued in response to a Moroccan citizen from Tangier‘s inquiry into whether he could accept a job offer with an Emirati tobacco company.

The Emirati-Moroccan Society for Industry and Distribution (EMID), a subsidiary of Al Rashideen International Holding Company, will construct a cigarette factory in Tangier as reported by La Vie Eco.

Dr. Raissouni, vice president of the International Union of Muslim Scholars, told the man to reject the offer and its lucrative salary stating that, “It is haram,” or unlawful.

The cleric continued, saying, “Muslim scholars agree smoking, manufacturing, promoting, selling, and earning money from cigarettes are malicious and prohibited acts.” Dr. Raissouni added that, “When Islam forbids an activity, it forbids participating and cooperating in its manufacturing process and garnered revenue.”

Last August, the Moroccan scholar issued an advanced fatwa allowing a woman to travel alone without accompaniment of a, “mahram,” or trusted family member, given that she is safe throughout her travels.

The more recent fatwa against the tobacco industry comes only weeks after the United Arab Emirates added Ahmad Raissouni to a national list of 83 terrorists, released on November 15, 2014.