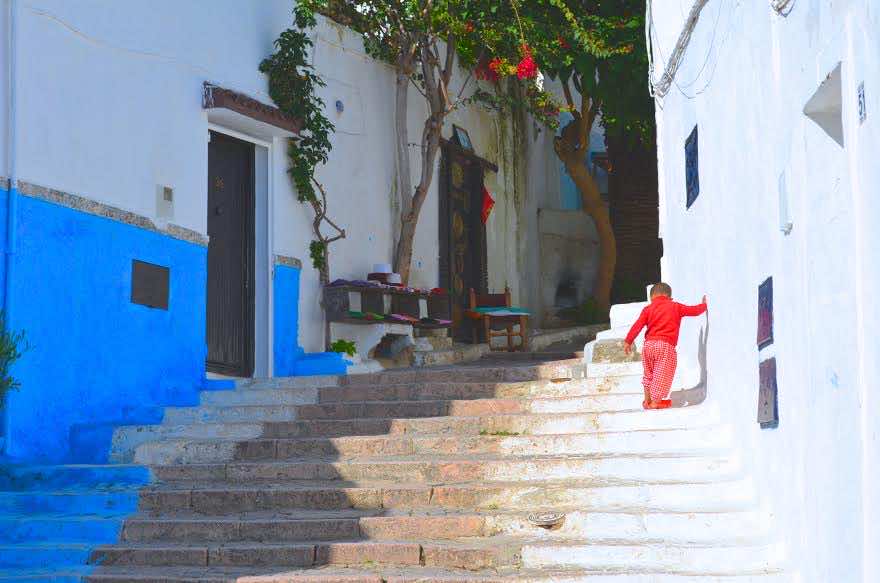 Rabat – I wander through the winding laneways of the Kasbah of the Udayas. My vibrant aqua camera bag strapped across my chest rhythmically bounces off my hips while I gaze at the scenery through my viewfinder. Temperate sunlight disseminates randomised shadows throughout the streets, enriching another layer of aesthetic into the Kasbah’s blue walls. I snap a couple of photographs. A massive group of around twenty-five older white tourists float past me, guided by a Moroccan speaking French into a microphone. His message is softly transmitted across twenty-five plastic headphones directly into their ears. A younger woman in a colourful head wrap approaches me, speaking rapid French: I’m completely lost. “Hul tatakalamiina arabiyya,” I ask, already knowing the answer. She walks off, disinterested. 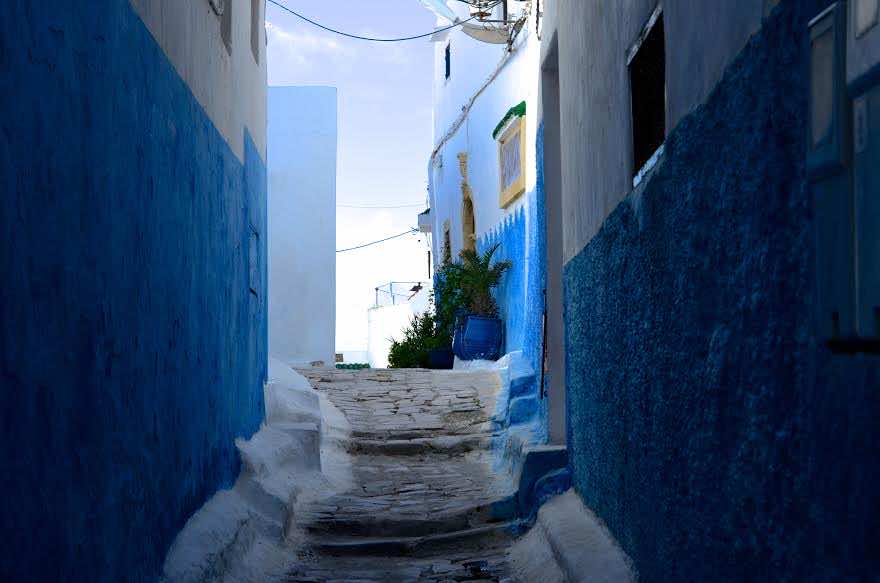 Walking away, I stumble into an outdoor café. Dark blue polished ceramic tiles line its walls and tables, opening up to a spectacular view of the Atlantic ocean that is still audibly churning from yesterday’s winter storm. I take a seat and a server approaches me, again speaking French. I order Moroccan tea in Arabic. The server looks surprised and asks how much I speak. I explain that I’ve only learned for a year and a half but he continues talking with me, explaining how the majority of French tourists act very disrespectful, possibly stemming from their country’s previous colonial rule. I thank him, drink my tea and explore a little further.

Potted ferns and palms dot greens through the blue maze, winding out towards a specular gleaming white building. A woman working on her raised patio sees me. A friendly, “Bonjour,” is directed towards me. She smiles as I respond in Arabic, telling her I apologize for not speaking French. She’s an older woman, dressed in a long white robe tied with a blue rope and a white hijab. She asks me where I’m from as she hangs her damp white sheets on the line, soaking in the now substantial sunlight flooding into the laneway. I tell her I’d just come over from Australia for an internship, and that I was looking around Rabat for one of the first times. She invites me upstairs to get a better view over tea. 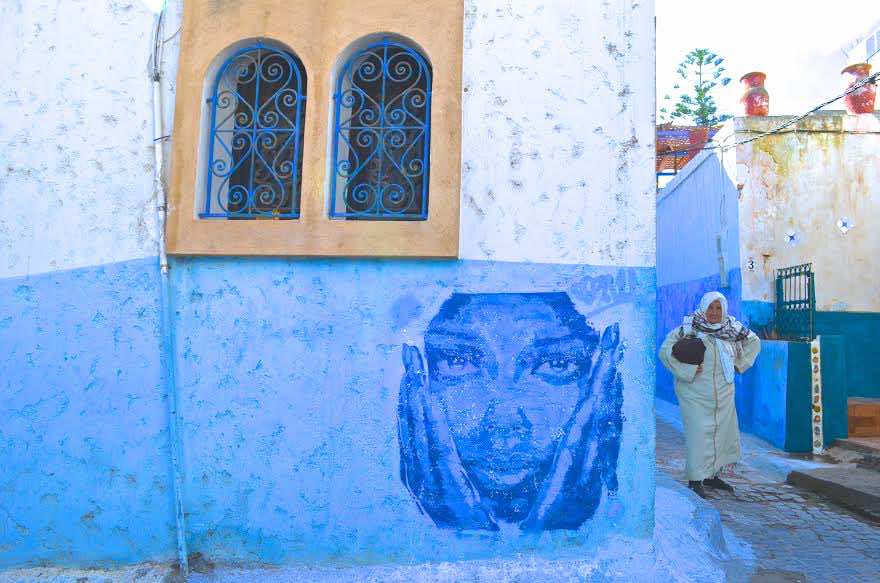 I climb up the stainless steel stairway onto her outdoor veranda. In front of me are pale orange cushions with a large round metal gold coloured table standing about a quarter of a meter above the ground, shaded from the sun by white drapery connecting across the roof of the house. She brings out small tarnished silver teapot and a two small glasses, raises the teapot above her head and doesn’t spill a drop as she pours the tea perfectly into the glasses. She sips the tea slowly as she speaks slowly in Arabic, making sure I understand her. She explains that her family has owned the house for around six or seven generations, and how lucky she feels living in such a beautiful location. By the time we finished talking, the tea was gone and it was time for me to leave. I thank her immensely and climb back down the narrow staircase.

Rabat is a beautifully indecisive place, playfully floating between the intimacy of small town with the bountiful opportunities and attractions of a large city. Walking through markets, people aren’t trying to take advantage of touristic ignorance. Anytime I attempt to communicate with community members they are genuinely interested, especially appreciative of my attempt to communicate in their language over that of their colonizer’s. After the incessant nagging of locals from Cairo’s Khan al-Khalili, Thailand’s Chatuchak Weekend Market and Kenya’s Khayega town market, it’s refreshing to walk around without fear of being haggled. Moroccans in Rabat genuinely care about each other, accepting outsiders with open arms to closely integrated strangers into a city of over a million people. Initial observations are positive.