Rabat - The World Forum on Human Rights, which was held in Marrakech on November 28 and 29, devoted much time to children's rights. 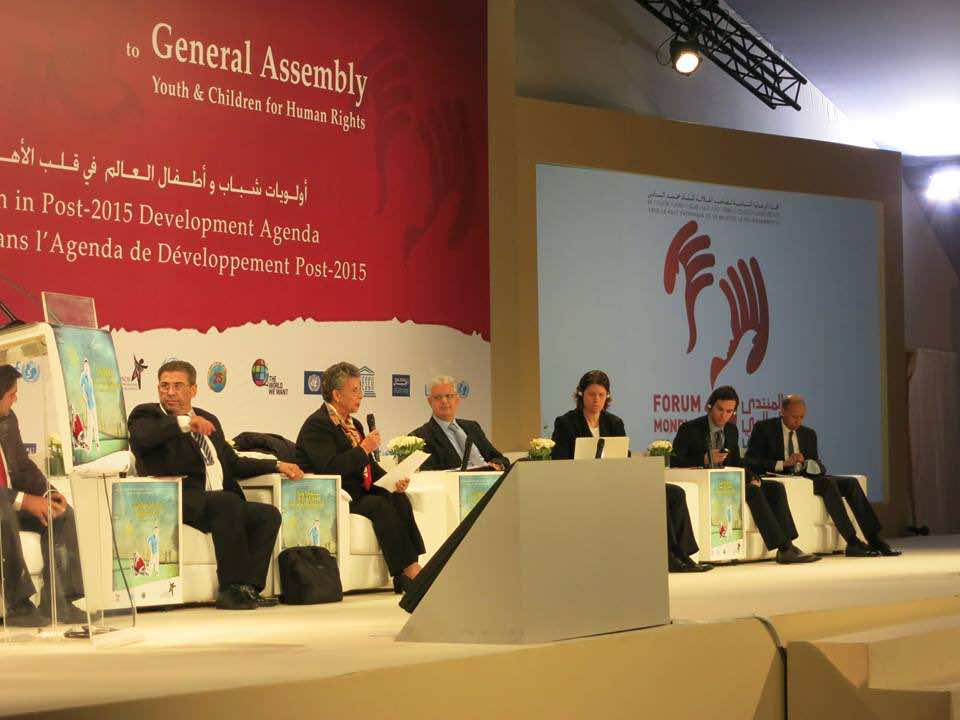 Rabat – The World Forum on Human Rights, which was held in Marrakech on November 28 and 29, devoted much time to children’s rights.

Following the activities that took place in Rabat last November during the second Model United Nations – Morocco, the National Observatory on Rights of the Child encouraged young leaders and activists to design a new mechanism to improve the situation of youth and children all over the world.

The National Observatory of Rights of the Child, a national autonomous institution, conducted a series of activities regarding children’s rights, including the General Assembly for youth rights.

The General Assembly, which saw participation from more than 210 participants who represented countries from all over the world, developed fruitful and important recommendations. Five themes were identified: education, women’s rights, access to information, immigration, and children’s rights. In the same vein, the theme of women’s rights received the most votes from the delegates.

Iyad Hamdane, a Palestinian delegate, drew the attention of all the observers and delegates in his emotional speech about the situation of children in Palestine. “Please stop talking about our children and treating them as numbers. Instead, I’m asking you to treating them as human beings, and let us have our dreams.”

The General Assembly was a genuine chance for young leaders, students, and activists to share their opinions about human right and define a new pathway to incorporate their key ideas in the post-2015 agenda.