Rabat - Former Barcelona midfielder Johan Cruyff admitted that he is not interested in who wins the FIFA Ballon d'Or "because it's staged". 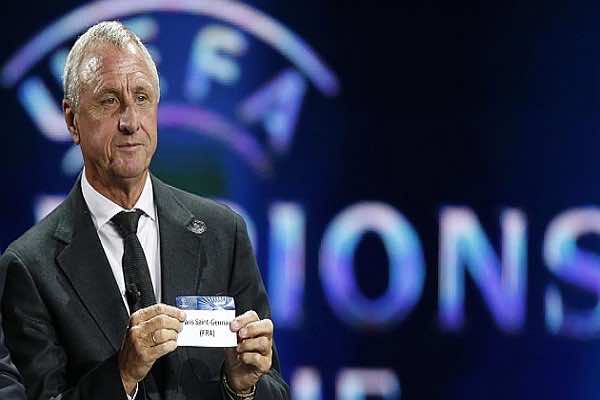 Rabat – Former Barcelona midfielder Johan Cruyff admitted that he is not interested in who wins the FIFA Ballon d’Or “because it’s staged”.

The Dutch football legend and winner of the prestigious award three times in 1971, 1973 and 1974, believes the FIFA Ballon d’Or ceremony is nothing but a media circus.

“Personally, I’m not in the least bit interested,” said Cruyff. “It’s a media circus. Everybody votes for their own man. Things should make sense in making one decision or another. It isn’t like than now. Therefore, we have to accept it for what it is, and then just do whatever we want.”

Cristiano Ronaldo, Lionel Messi and Manuel Neuer are the final nominees for the 2014 FIFA Ballon D’Or award. The name of the winner will be revealed in Zurich, Switzerland on 12 January 2015.