Rabat - Scenes from the newest James Bond movie "Spectre" have been already shot in Morocco. 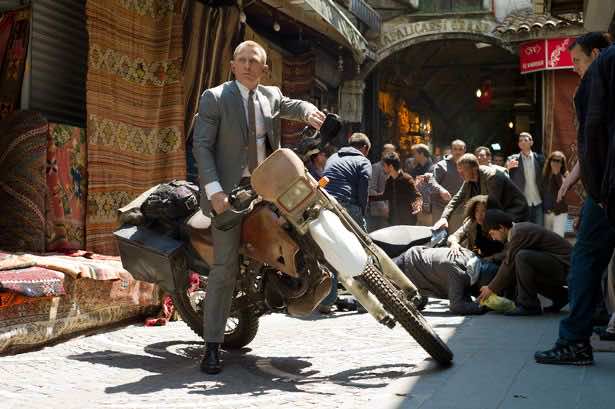 Rabat – Scenes from the newest James Bond movie “Spectre” have been already shot in Morocco.

According to Variety Magazine, film director Sam Mendes and Bond star Daniel Craig recently traveled to Oujda, in northeastern Morocco, to shoot a small scene of the movie in a train.

The same source added that the production will return in June for a 10-day shoot with locations including Tangier and the Moroccan desert.

“That shoot will be of such scale that it’s requiring four months of preparation,” said Alaoui, who will receive a career tribute at this year’s Marrakech film festival.