Fez- A Brussels court sentenced Moroccan national Rachid El Bukhari to 27 years in prison on Friday for setting fire in a Shia mosque in Brussels, killing the imam. 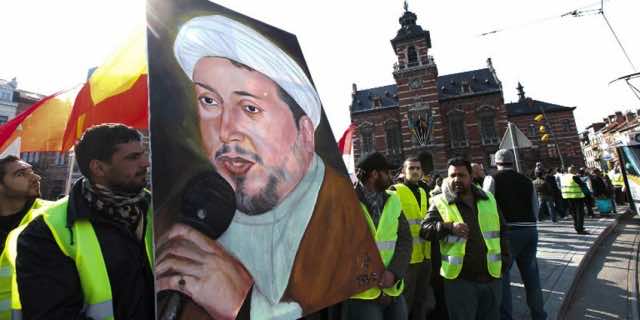 Fez- A Brussels court sentenced Moroccan national Rachid El Bukhari to 27 years in prison on Friday for setting fire in a Shia mosque in Brussels, killing the imam.

Rachid El Bukhari, 35, was convicted of arson and homicide, but he was acquitted of terrorism charges.
‘’The accused is not a religious fanatic, and his act was not based on a particular ideology. The killings in Homs in Syria pushed him to commit the crime,” judges said.

On March12, 2012, Bukhari entered a Shia mosque in Anderlecht armed with an axe and knives. He insulted the Shia, claiming they were responsible for the crackdown in Syria, and then poured gasoline and set fire to the building.

The mosque’s imam, Abdellah Dahdouh, 47, a father of four children, was asphyxiated when he tried and failed to extinguish the fire and escape.

Arrested at the scene, the accused was charged with a “terrorist act offence” and ‘’arson causing death’’.

“Sunnis are abused, as they want to change the regime,” he explained during his trial, speaking about the conflict in Syria.

“I did not think there would be loss of life. I just wanted to make Shias aware of the situation in Syria,” he further indicated.
The mosque is considered the main place of worship for the Shia in Brussels.