Fez- Representatives of local NGOs have denounced the diversion of food aid carried by boats to Sidi Ifni, while some remote small villages are still without help. 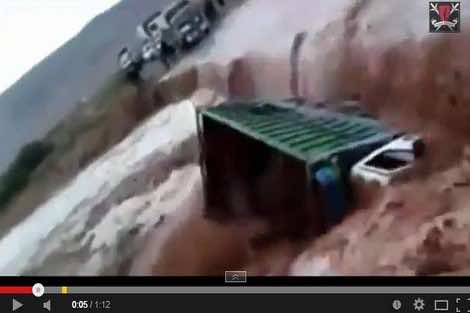 Fez- Representatives of local NGOs have denounced the diversion of food aid carried by boats to Sidi Ifni, while some remote small villages are still without help.

Citizens in Sidi Ifni were isolated as a result of severe rain falls that deluged parts of southern Morocco from November 22 through December 1st.
On Monday, December 1, authorities sent ships containing milk, flour, sugar, tea and vegetables, as well as stations of water treatment and gas bottles for the victims.

According to the Arabic dailies Al Akhbar and Assabah, many local associations have claimed that the aid had been diverted and had fallen into the hands of traders who sold it at a high price.

“The charges are false,” an official from the Interior Ministry said in an interview with Tel Quel. “The distribution campaign is progressing normally through the help of the police, gendarmerie, and auxiliary forces.”

Zakaria Rifi, the president of the local branch of the Moroccan Association for Human Rights (AMDH), said in an interview to the same source that some of the aid was diverted on arrival at the port of Sidi Ifni.

Rifi said that at a meeting with the authorities and head of associations, it was decided that basic food necessities would be distributed free of charge in rural areas and for a limited fixed price in the city. A share of the profits from the city sales will go to helping victims.

Rifi also said that food aid distributed in rural areas is not sufficient and that several areas and villages have still not received any assistance. 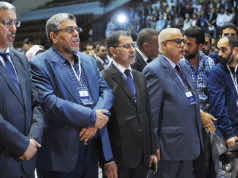