Marrakech - Prince Moulay Rachid attended the funeral of the late Abdullah Baha, who died in a train accident on Sunday at the age of 60. 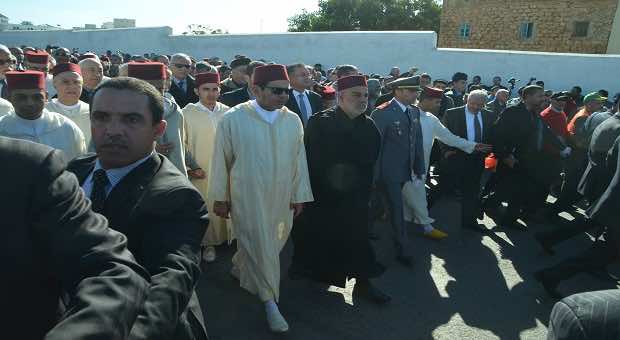 Marrakech – Prince Moulay Rachid attended the funeral of the late Abdullah Baha, who died in a train accident on Sunday at the age of 60.

Justice and Development Party members from different regions of Morocco, members of the Reform and Consolidation Movement and representatives of Islamic organizations also attended the funeral at the Al Shuhada Graveyard or, “Martyr’s Graveyard,” in Rabat.

King Mohammed VI had previously sent his condolences to Mr. Benkirane, expressing that the country lost a wise and humble Minister of State.

The King said he was saddened to learn about the passing away of Baha imploring the Almighty to admit him into His spacious paradise in company with the martyrs.

The King also recalled the lofty qualities of the deceased and his attachment to the immutable values of the Nation, adding that Baha was an example of a statesman who carried out the missions assigned to him with devotion and selflessness.