Sale, Morocco - It is important to realize that media text tends to lend itself to either ‘preferred’ or ‘oppositional’ reading. My review of two advertisements  employ deconstructive analytical techniques to unpack the meaning and messages the advertisements deliver. 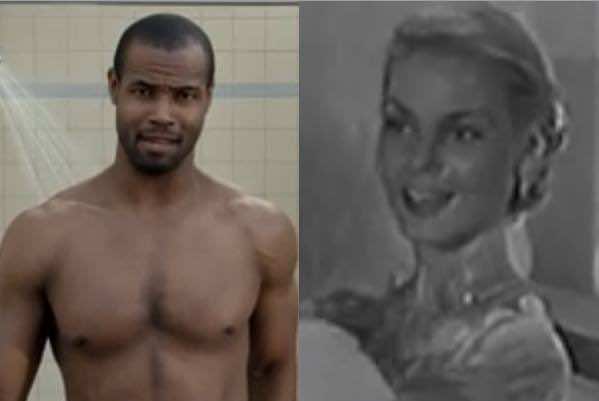 Sale, Morocco – It is important to realize that media text tends to lend itself to either ‘preferred’ or ‘oppositional’ reading. My review of two advertisements  employ deconstructive analytical techniques to unpack the meaning and messages the advertisements deliver.

Advertising is a rapidly expanding industry, seeping into the fabric of our globalized capitalist society. Advertising does not solely target the marketability of product, but rather shapes and remoulds cultural values and therefore institutes new, “Ways of seeing,” cultural identities (the ‘Self’ and ‘Other’). Advertising heavily manifests socio-economic and cultural stereotypes of gender, race and class that are consciously or unconsciously perpetuated through the mere advertisement of commodities.

The first advertisement (figures 1 and 2) by Old Spice communicates that the stereotype of race encrypted into the fabric of the advertised product. Thus it portrays a physically fit, tall and cheerful black man ironically advertising a soap meant for white viewers. He invites the viewers to purchase Old Spice in order to, “Smell like a man.”

The advertising implies that being black is unhygienic, with white soap as the clean solution to purify it, humanize it and make it outstandingly masculine. One can infer from this advertisement that whiteness is the norm to seek to obtain. His well-built physique is a subject of desire and repulsion to an assumingly white female audience. His body gestures are sexually inviting. Observing the advertisement’s physical environment, the bathroom with a hot shower implies a sexual heat and perversity attached to the black race in this essentialist discourse. The black body is stereotyped, sexualized and racialized.

The advertisement clandestinely attempts to redefine masculinity and manhood, but in doing so fetishizes the black body that is essentially objectified in the process. The pronoun, “Me,” being constantly repeated may imply voiceless black people are given a voice, yet only through the purchasing of a product in a stereotypically loaded context. Old Spice’s magical materialization into the palms of a black man insinuates that the product has a superpower to expunge all his dirty ‘black’ aspects and uplift him into a privileged rank of ‘whiteness’. This is allowed only while he rides a white horse, referencing the chivalry linked to white bravery and horsemanship. Essentially, the advertisement temporarily and magically upgrades a black man to white status and invites other black people to buy the product in order to benefit from the privileged status that the white soap seemingly delivers.

Gendered stereotypes prevail in the second advertisement, showcasing a young white beautiful blonde woman for Dove soap and beauty products (figures 4 and 5). Analysing the dove as a symbol highlights the advertisement’s intended message of purity, chastity and innocence. This bird also symbolizes the Holy Spirit in Christianity.

The advertisement defines women’s beauty as white and blonde. Observing the advertisement’s New York City location highlights its juxtaposition of light and dark. It is no wonder that the white product is packaged in a black box, implying that darkness needs whiteness to cherish visibility with its white text starkly contrasting against the black box. Being a white woman doesn’t exempt the actress from being sexually ‘othered’. Her white skin and beauty are commodified for in order to increase sales. Her naked body using Dove soap sexually gestures towards pornography that adds to her objectification. Importantly, ‘Dove’ and love phonemically rhyme; hence the ‘deflowering’ of this woman is obtained via purchasing the product.

In summary, regardless of their class and race, women are relegated to the status of prostitutes and demeaning positioning in order to gratify masculine sexual desires. Remarkably, capitalistic companies will objectify both men and women, black and white as a means to bolster profit and captivate consumers. Their bodies are racialized, sexualized and objectified. Advertising intersects discursive domains of gender, race and sex to victimize both consumers and actors (esses).