Madrid  -  Discontent prevailing in the camps of Tindouf, south of Algeria, opens the door to the radicalization of the young population which might facilitate its integration in jihadist groups, said Spanish Think tank Elcano Royal Institute. 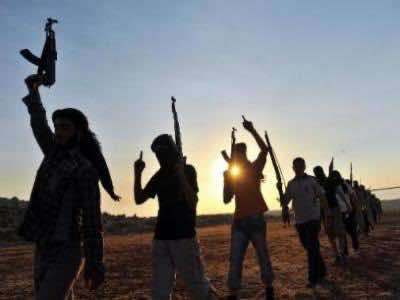 Madrid  –  Discontent prevailing in the camps of Tindouf, south of Algeria, opens the door to the radicalization of the young population which might facilitate its integration in jihadist groups, said Spanish Think tank Elcano Royal Institute.

The lack of political progress and discontent in the camps open the door to the radicalization of the young population, said the Institute in a report on Tuesday.

This situation, which is added to the youth’s disregarding of polisario’s ideas, might facilitate their integration in jihadist militia of Al Qaeda in the Islamic Maghreb (AQIM), said the report entitled “Spain, a look towards the south”.

Presented in the presence of Spanish defense minister Pedro Morenes, the report underlined also the mobilization, over the past months, in the camps of Tindouf due to the worsening of material and humanitarian conditions following the decline of international aid for local populations.

On the Sahara issue, the report underlined that Spain continues its support to a UN-brokered solution, recalling that the Spanish government opposed in 2013 a proposal by Washington to include human rights monitoring in MINURSO mandate.