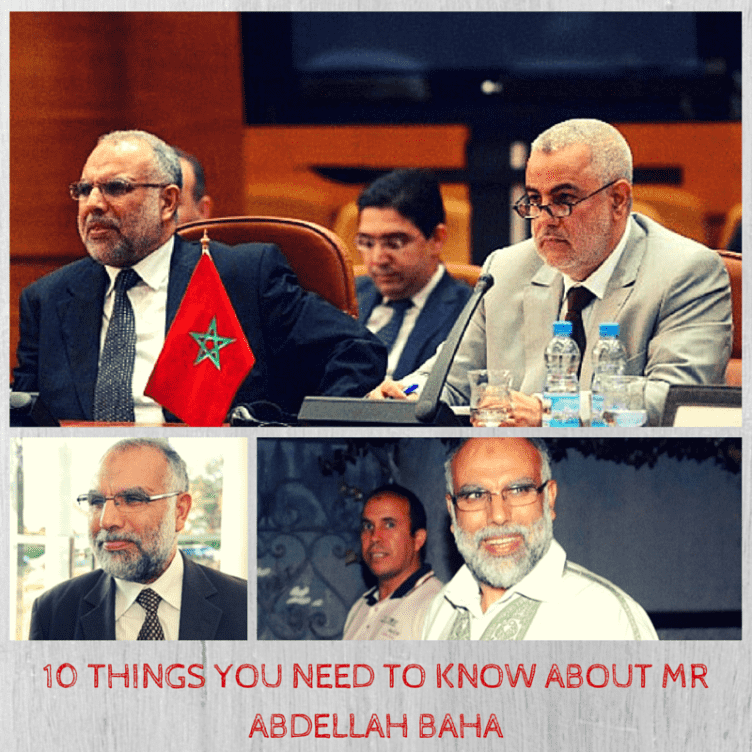 Kenitra – Morocco’s minister of state and one of the top members of the government’s leading party died last Sunday and I was really surprised to see how my Facebook feedback rained with positive posts about the wise, trustworthy and hard working man he was.

Even at home, my father talked about him for the past 3 days and that was an enough reason for me to discover in depth who Mr Baha was and be genuinely inspired by everything he has achieved in his lifetime.

Here are 10 things you need to know about Mr Abdellah Baha:

2. He is an agricultural engineer who graduated from the Hassan II Institute of Agronomy in 1979.

3. Mr Baha, Benkirane, and Mr Saadine El Otmani along with many other activists formed the Justice and Development Party (PJD) in the 1990s, after working as a secret organization, known as the Islamic youth, in the 70s.

4. He was MP for Rabat for three consecutive terms, beginning in the 2002 legislative elections, then he was re-elected in 2007 and 2011.

6. He has served as deputy secretary general of the Justice and Development Party (PJD) since 2004.

7. Mr Abdellah Baha was assigned as vice-speaker of the House of Representatives in 2007.

8. Since January 3rd, 2012, he has held the position of Minister of State in the Moroccan government.

9. Mr Abdellah Baha was director of publication of the daily “Attajdid”, “Al Islah” and “Arraya.”

10. He was a key government ally who had been close to Prime Minister Mr Benkirane. He used to run many of the government affairs, leading many to nickname him “The Black Box” as an indication of their deep friendship.

My heart goes out to Mr Baha’s family, friends and all the people who looked up to him and loved him. May he rest in peace.