Lima  -  Morocco called, on Wednesday in Lima, for a new world order concerning climate on the basis of the principles of equity in sustainable development and "climate justice". 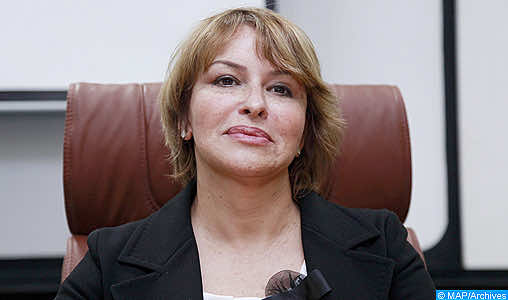 Lima  –  Morocco called, on Wednesday in Lima, for a new world order concerning climate on the basis of the principles of equity in sustainable development and “climate justice”.

Speaking at the Lima Climate Change Conference (COP20), Minister Delegate for Environment Hakima El Haiti said there should be a differentiation between commitments to decrease CO2 emissions by industrial states and the voluntary reduction by developing countries, stressing the need for supporting these states at the technical, financial and capacity-building levels in a way that is conducive to achieving MDGs.

The Moroccan official also highlighted the importance of incorporating the gender appproach in efforts to curb climate change.

The meeting was also an occasion to brief the audience on the efforts led by Morocco in the last decade in favour of the setting up of an institutional, judicial and financial framework that is geared to enable environment-friendly socio-economic development.

In this respect, light was shed on the national strategy for human development to which Morocco has earmarked 2% of its GDP.

On the same occasion, El Haiti announced Morocco’s candidacy to host the 22nd conference of the parties to the UN Convention on climate change (COP22) in 2016.