Rabat - The Moroccan government has accused Algeria of being involved in the leaking of classified documents belonging to the Moroccan Foreign Ministry and the General Directorate for Studies and Documents. 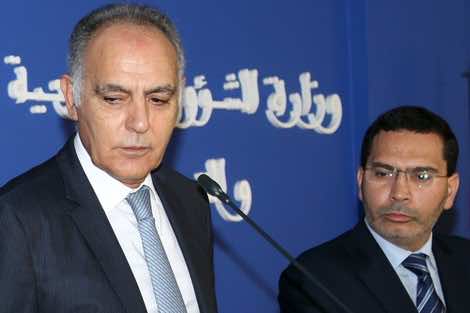 Rabat – The Moroccan government has accused Algeria of being involved in the leaking of classified documents belonging to the Moroccan Foreign Ministry and the General Directorate for Studies and Documents.

Speaking on Thursday during the press conference that follows the government’s weekly meeting, Foreign Minister Salaheddine Mezouar said that Morocco “will present arguments and evidence that prove Algeria’s involvement in fueling the conflict over the Moroccan Sahara.”

For his part, the government spokesperson Mustapha El Khalfi said that such actions will not attend their goals, adding that “these desperate attempts will not deter us from advancing towards maintaining the territorial integrity and the defense of the nation and its institutions.”

Foreign Minister said earlier that the Algerian intelligence is involved in the leaking of classified documents belonging to Moroccan officials, describing it as wicked since most of the leaked documents are revolving around the Sahara issue.