Rabat - Finally, my stay in America came to an end and here I am in my country again, among my people. In this last episode, I’d like to share with my readers a few lessons that I’ve learnt. I don’t expect them all to agree with me, nor do I want them to, but I do wish them to stop and consider the points I’ll be trying to make here. 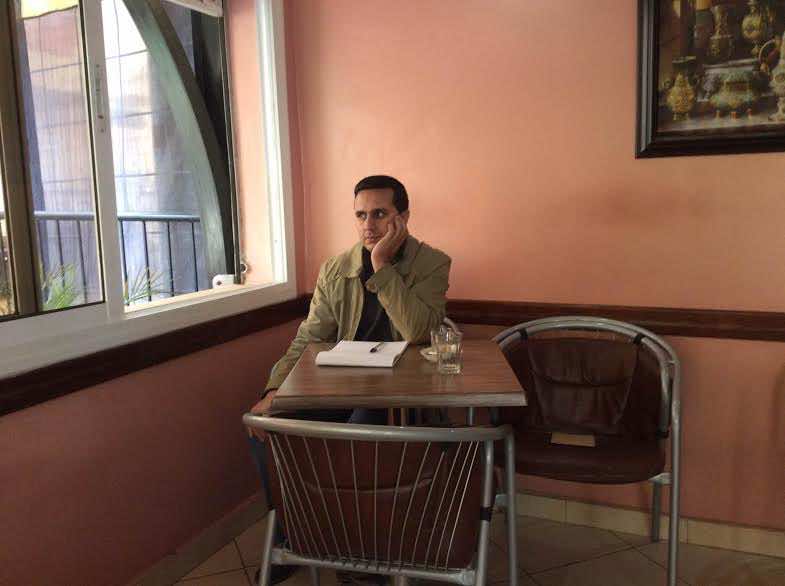 Rabat – Finally, my stay in America came to an end and here I am in my country again, among my people. In this last episode, I’d like to share with my readers a few lessons that I’ve learnt. I don’t expect them all to agree with me, nor do I want them to, but I do wish them to stop and consider the points I’ll be trying to make here.

My first point concerns authenticity and alienation. We may be dissatisfied with many aspects of our life in this country – and yes, there are a lot of good reasons for our dissatisfaction – but I don’t think that the best alternative is to seek refuge in another world. There is nothing harder for a human being than to be a stranger in a different world. I had many advantages in America: I was respected as a scholar and appreciated, I guess, as a person. Yet, I used to count days and had a strange way of doing so: I used to look in a calendar for the end of a following week to make the remaining period look shorter, to make time run faster. I believed I was the only one to experience such a feeling until I met other Fulbrighters. I asked a Pakistani biologist about his remaining period in America and he answered immediately: 21 and 6 days, by which he meant that he was leaving on the 6th of the following month. He said he suffered from depression although he was living with his wife and his two children. He talked about other Fulbrighters who used to count days in the same way I did. Some of them even counted hours! So, here we are, stuck together on this piece of land and we have every reason to make it a better place to live in.

There are a few lessons to learn from Americans. I wasn’t very much impressed by the wealth of the country or the opportunities it provided to its citizens. Rich nations, just like rich families around the world, can afford things that are inaccessible to the poor. But people can lead a decent life without many of those things. Nor do I want to talk about the American political system or America’s international relations. These are issues that stir a lot of debate, some of which is misguided. I’ve known people with a lot of commonsense and good judgment in the management of their daily lives, but when it comes to abstract topics like politics, they yield easily to prevalent ideologies. It seems that ideology is unavoidable when approaching the abstract, and the only thing one can do is to choose between a good and a bad ideology. I don’t pretend to be able to say which is which.

Among all the things that drew my attention about Americans, education was perhaps the most salient. The English language is less precise than Arabic in this connection, for I don’t mean school education but the moral values that a child receives from the family environment. In schools, restaurants, hotels, airports and in every place I was, I noticed that people were polite not only toward each other, but also toward foreigners. I saw in the streets of Austin Arabs from Gulf countries in their costumes, their women wearing veils, and I’m pretty sure that they would have chosen other garments if they had been harassed. It seems that gazing at strangers is simply not in the culture of Americans. They may hold negative attitudes toward others, but they generally tend not to express those attitudes in terms of aggressive behavior.

It’s no wonder that I was particularly impressed by this aspect of Americans’ behavior. I’ve been a teacher for more than twenty years, both at school and university levels, and I can say that bullying is prevalent to the extent of rendering teachers’ and students’ lives a hell. In our society in general, violence seems to be gaining ground. I believe that bad education is the source of the problem. There was a time when thinkers believed that moral values and other cultural practices (generally referred to as ‘superstructure’) were generated and determined by socio-economic relations (known as ‘infrastructure’) and that if you want to change the superstructure, you must change socio-economic relations first. This position is no more in vogue today; a conviction has grown among social thinkers that culture has its own dynamics and that much of it can be acted upon independently of socio-economic factors. In simpler terms, my point is that violence in our society can be reduced through good education.

But who should be held responsible for bad education? In Morocco, media discourse tends to blame schools, and educationists respond to the blame by emphasizing the importance of some school subjects such as Islamic and civic education. Judging from my experience as a teacher and a father, I tend to point the finger to the family. Since my first week in Austin, I noticed that children were almost invisible. I never saw a group of teenagers playing in the streets or walking by themselves without the presence of an adult. I remembered complaints by Moroccans that children were more influenced by their peers than by their parents. But if parents want to have a greater influence, they will have to spend more time with their children and more money on their leisure activities or whatever that could keep them off the streets. All these responsibilities mean that parents should have less children and more work to satisfy their needs.

There remains the question of the moral values that parents should inculcate in the minds of their children. I am aware that this is a thorny issue, but I will outline here the American solution as I understand it. It seems to me that the basic principle of American education is the respect of the individual and his choices. The fact that American society is constituted of multiple ethnicities and races has made this principle almost a necessity. But that doesn’t mean that other societies can ignore it in this modern world. When you have the conviction that an individual is first and foremost a human being and should be respected as such, other social categories simply recede to the background. An individual may change social class, religion or whatever and, yet, retains the basic right to be respected. I noticed that American professors, some of whom were world-renown, didn’t wear suits or ties and I’ve come to realize that once people feel that they should respect others in the same way they are respected, they simply forget about many symbolic forms of empowerment. Even acceptance of homosexuals, which is often cited as a sign of Western degradation and decadence, seems to follow from the basic right to be respected as an individual. Everything is related in a logical way, and once you accept the premises, you cannot deny the conclusions.

In brief, here’s the lesson. When parents become deeply aware of the burden of educating their children, a number of consequences will follow. For me, the most important one among them is the public debate about the role of education in the rise and fall of nations. Civilization is basically human development, and a civilized nation is not necessarily a rich or a powerful nation but a nation that contributes to the welfare of human beings, a nation that gives as much as it takes. We cannot be such a nation while we feel satisfaction when harming each other, while we seek pleasure at the expense of others, while we try to impose our ideas and tastes on others, etc. I believe that when individuals develop a certain degree of sensitivity and always think about the harm their behavior can cause to others, many social evils can be avoided. What’s laziness in public or private jobs, what’s bribery, what’s smoking in public space, what’s using loudspeakers while others are asleep, etc. if not lack of sensitivity and respect of others? Education can change all that. Everything seems so simple and within reach, yet so remote. I think that my nation cannot move forward without the wisdom that other nations have already attained, and I believe that the key to that wisdom is good education.