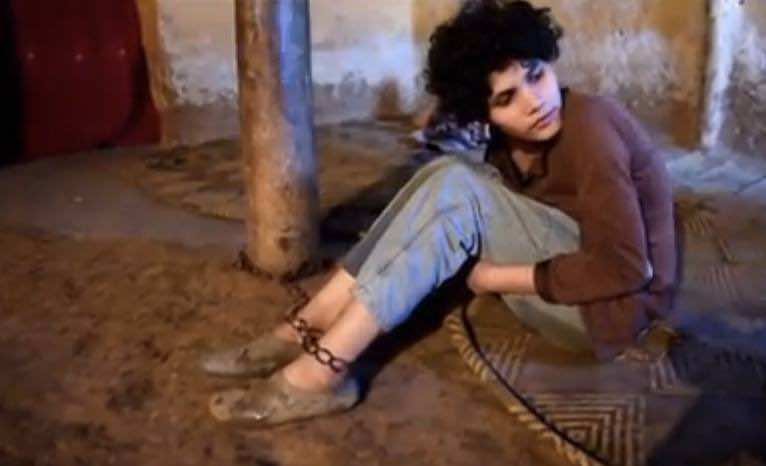 In a Moroccan Douar near Ben Slimane region, 58 km northeast of Casablanca, 21-year-old Soukaina B suffers from a mental illness. She is usually chained to a pole at home. This sad case illustrates the deficiency in Morocco’s mental illness treatment facilities.

“We took her to the hospital more than fifty times, but they didn’t want to keep her,” says her father, Mohamed. “The drugs we give her only put her to sleep. I don’t know what to do,” he laments.

According to the latest epidemiological survey, 40% of the Moroccan population aged 15 and over suffers or has suffered from a mental disorder. In 2012, the Ministry of Health raised mental illness to a priority level, setting a goal of doubling the nation’s intake capacity for mentally ill patients by 2016.

The planned program includes the construction of three specialty hospitals starting at the end of 2014.

Jalal Toufik, head of the department of psychiatry at Arrazi Hospital in Sale (Rabat’s sister city), said in an interview to Telquel that, “Mental disorders characterized by, ‘agitation and incoherence,’ are considered, ‘curses or possessions,’ while those marked by sadness, such as depression, are attributed to a lack of faith.”

Guardians of the mentally ill that opt out of traditional medicine will send patients to Bouya Omar, a mausoleum located about fifty kilometers from Marrakech. There, the patients will undergo mass exorcisms.