Rabat - The EU reiterated, on Thursday in Rabat, its full support for efforts aiming to achieve regional integration and inter-connectivity between Maghreban countries. 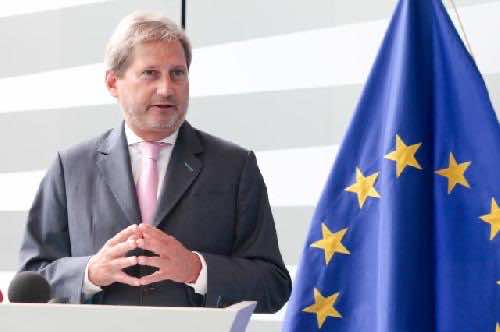 Rabat – The EU reiterated, on Thursday in Rabat, its full support for efforts aiming to achieve regional integration and inter-connectivity between Maghreban countries.

He deplored that the current status-quo of non-integration has a detrimental impact on economic development in Morocco and on the broader region.

Noting the increasing instability plaguing the region, Hahn said the EU is willing to further boost its partnership with Morocco in favour of fostering regional peace, stability and prosperity.

Morocco is a “key strategic partner for the EU”, said the EU official, noting that education, health, fisheries, renewable energies and immigration are among the main cooperation areas.

Hahn is on an official visit to Morocco, the first to a southern Mediterranean country since he took office. Earlier in the day, he held talks with several cabinet members including Foreign Minister Salaheddine Mezouar, Interior Minister Mohammed Hassad and Economy and Finance Minister Mohamed Boussaid.