Rabat- Following the intense controversy over the offensive remarks about Morocco made by the Egyptian news anchor Amany Al Khayat, Egypt’s CBC channel broadcasted on Friday a special program about Moroccan-Egyptian ties.

By
Aziz Allilou
-
Aziz Allilou is a student at the Higher Institute of Media and Communications (ISIC) and Morocco World News correspondent in Rabat.
Dec 13, 2014
Spread the love

Rabat- Following the intense controversy over the offensive remarks about Morocco made by the Egyptian news anchor Amany Al Khayat, Egypt’s CBC channel broadcasted on Friday a special program about Moroccan-Egyptian ties.

According to Masr Al Aarabya, the program featured many archaeological and touristic destinations in Morocco. It was broadcasted on Egypt’s CBC channel on Friday at 8 pm Moroccan time.

In a statement, the Egyptian Embassy in Rabat said that this program aims to shed light on the role of culture and art in boosting ties between Morocco and Egypt.

“This program also aims at highlighting the cultural, artistic and human richness of Morocco, as well as introducing its traditions and customs to the Egyptian audience and the Arab world as a whole,” reads the statement.

According to the same source, Egyptian anchor Khayri Ramadan introduced the program.

This program comes at a time in which ties between Morocco and Egypt have come under fire over the offensive comments made by an Egyptian actor accused Moroccans of being sorcerers and the remarks of Egyptian anchor Amany Al Khayat, who lashed out at Morocco and claimed that its economy is based on prostitution.

Masr Al Aarabya quoted Mohamed Fatooh Mustafa, an official from the Egyptian Embassy in Rabat, as saying that these offensive comments don’t reflect the true attitudes of Egyptians toward Morocco and its people. 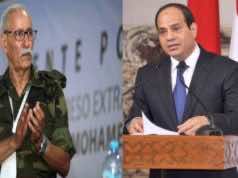