Marrakech -  The famous English actor and director Alan Rickman, a member of the jury of the Marrakech Festival, said Thursday he was fascinated by the secular and modern character of Marrakech where he would like to shoot one of his movies. 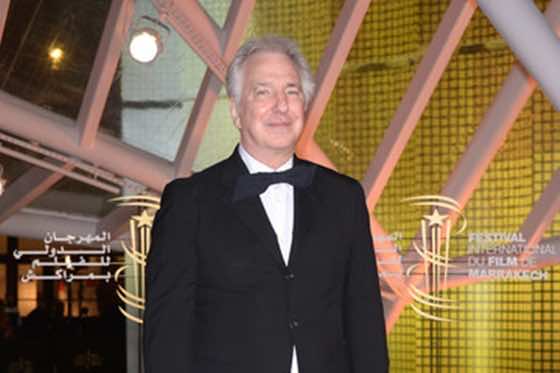 Marrakech –  The famous English actor and director Alan Rickman, a member of the jury of the Marrakech Festival, said Thursday he was fascinated by the secular and modern character of Marrakech where he would like to shoot one of his movies.

“Obviously, I’d love to shoot in Morocco. I want to make a film in this great place, Marrakech, a secular and modern city, where every door, every entry tells a story. All this together makes it fascinating and can only be a source of inspiration”, he said at a press conference on the sidelines of the festival.

Rickman, who owes his international renown notably to his role of the enigmatic Professor Snape in “Harry Potter” saga, from 2001 to 2011, also expressed his joy to be present in “an extremely well organized festival in an exotic and universal framework”.

Related to his mission as a jury member, he admitted that the task will not be easy especially that “it is difficult to judge one film over the other, because each movie is different with its own visions.

Asked about his evaluation criteria, the filmmaker said that the script is important, but he prefers to “get carried away like a child” when he watches a movie.

“When the light goes out, you immerse yourself in the story, you go in the movie or not,” said Rickman who refuses to be swayed by objective criteria because “it would be a bad sign.”

“The more I learn, the more I realize that as an actor and director, we need to preserve innocence,” he added.

Referring to his role in Harry Potter, he remembers “a unique experience” that structured his life during ten years, the filming being concentrated on short periods, which has given him the opportunity to do n theater, his first passion, and then he “witnessed the emergence of young actors, wonderful people.”

In this respect, he encouraged all people to listen to their “inner voice”, while there is a tendency today to encourage children to make important decisions.

“At 18, I heard this voice saying to me to enroll in an art school. Giving would have been a denial to myself,” said the director, who seven years later followed the same inner voice that drove him to make a career on the stage before discovering the world of cinema.