Rabat- Doctors, nurses and other health workers who are fighting against Ebola epidemic in West Africa have been designated the "Person of the Year 2014" by Time magazine. 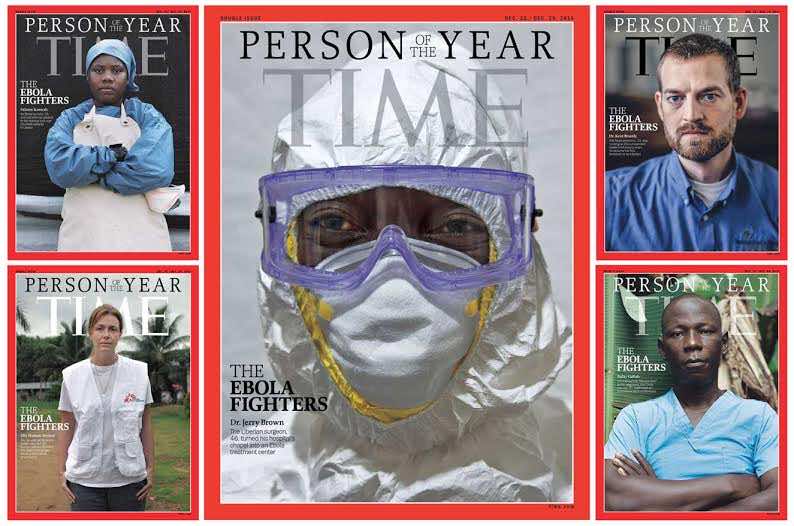 Rabat- Doctors, nurses and other health workers who are fighting against Ebola epidemic in West Africa have been designated the “Person of the Year 2014” by Time magazine.

The magazine’s editors announced Wednesday morning that the health workers who have engaged the disease, despite the risks, to treat people with the deadly virus in West Africa would be honored on its annual marquee cover.

“For their tireless acts of courage and mercy, for buying the world time to strengthen its defenses, for the risks they took and the lives they saved, the Ebola fighters are Time’s 2014 Person of the Year,” Time editor Nancy Gibbs said in a video posted on the magazine’s Web site.

According to the latest World Health O