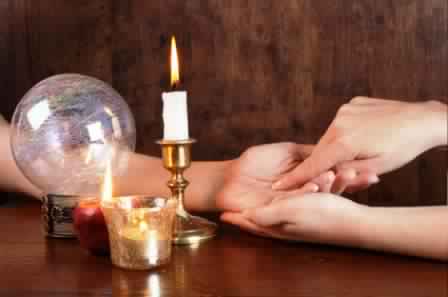 Rabat – Hakima Elmterfi, 39, lives in a village called Sbaâ Rouadi near Fes, and recalls the dangers she says her nephew Mohammed encountered. When he was 11 years old, Elmterfi says strangers tried to kidnap the boy by forcing him into a car. She says his father intervened. “Only at that time did we find out that Mohamed had been chased by strangers because he was Zouhri,” said Ettefahi.

Zouhri is the name some Moroccans use for children whom they believe can find buried treasures. Zouhri children have distinctive physical characteristics. According to Mostafa Aarab’s book “Magical Beliefs and Rituals in Morocco,” the belief is that a Zouhri child is a hybrid of Jinn and humans, adding that the child has a solid line across the palm of his hand and his tongue may also look as if it is divided into two parts.

Some family members of Zouhri children say they prevent the children from playing outside or going to school alone out of fear that they will be kidnapped. In the case of Mohamed, once his family realized that their son was considered a Zouhri, his grandfather decided to escort him to and from school, while his mother rarely let him play outside the house.

“All this atmosphere of prudence and heavy guard kept him in fear until he got married at the age of twenty. By then, he had decided to move to Fes for work. He is a grown man now and he is able to protect himself” says his brother, Ahmed Almterfi, 19.

Moroccans commonly buried their valuables since there were no banks and it was unsafe to leave their money and gold lying around. They also buried their cash and gold to avoid paying taxes, according to Professor Rachid Kannani, who has studied Morocco’s history of buried treasure.

“And since these treasures are buried under the ground, it’s deeply rooted in the Moroccan people’s unconscious that this fortune belongs to demons,” said Moroccan anthropologist Iyyad Abelal.

Iyyad Abelal explains that some Moroccans believe that if they offer the blood of a Zouhri child in sacrifice, the demons will release the buried treasure.

Zouhair Eddaoui, 19, was Mohammed’s friend from childhood. He, too, feared being kidnapped.

“My mother noticed that there is a line across my hand and prevented me from going out a lot, telling people that I am a Zouhri,’’ he says.

Every time Zouhair disobeyed his mother, he said she scared him with terrible stories of children who were kidnapped and whose families also disappeared. Zouhair says he doesn’t know if those stories are true or false. But among some Moroccans these frightening tales – and the beliefs involving Zouhri children – persist through the ages.

Youssef Assadi is a student at the Higher Institute of Information and Communication (ISIC) in Rabat, and an intern with Morocco World News.