Fez — The Polisario Front has engaged in military maneuvers in the Sahara near the Mauritanian border, according to Algerian news agency APS. 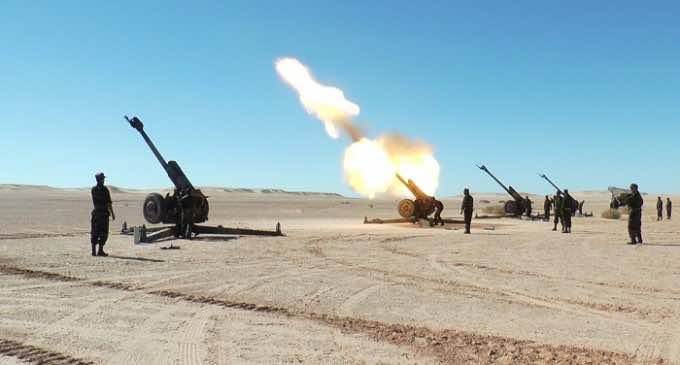 Fez — The Polisario Front has engaged in military maneuvers in the Sahara near the Mauritanian border, according to Algerian news agency APS.

“The tactical maneuvers were performed in d’Aghouinit zone in the seventh Sahrawi military region in the presence of the general secretary of the Polisario Mohamed Abdelaziz,” APS reported on Thursday.

The exercise, a simulation of a defensive military operation, took place in a territory controlled by the Polisario near the Mauritanian border, according to the same source.  Algerian national TV broadcast footage from the operation which involved armored patrols in action and pickup trucks carrying anti-aircraft weaponry.

The military maneuvers are taking place at a time when Morocco and Algeria’s diplomatic relations are fraught with tension.

The Polisario Front threatened to revert to the use of arms after Morocco’s King Mohammed VI’s speech last November 6th in which his promised the protection of Morocco’s territorial integrity and the application of extended regionalization in the so-called Western Sahara.

Morocco has accused Algeria of being involved in the leaking of classified documents belonging to the Moroccan Foreign Ministry and the General Directorate for Studies and Documents.

Speaking on Thursday during the press conference following the government’s weekly meeting, Foreign Minister Salaheddine Mezouar said that Morocco “will present arguments and evidence that prove Algeria’s involvement in fueling the conflict over the Moroccan Sahara.”