Rabat- As a result of the deluge of rain at the "Complexe Sportif Prince Moulay Abdellah" in Rabat, Spanish football team Real Madrid expressed concern regarding the stadium’s conditions. 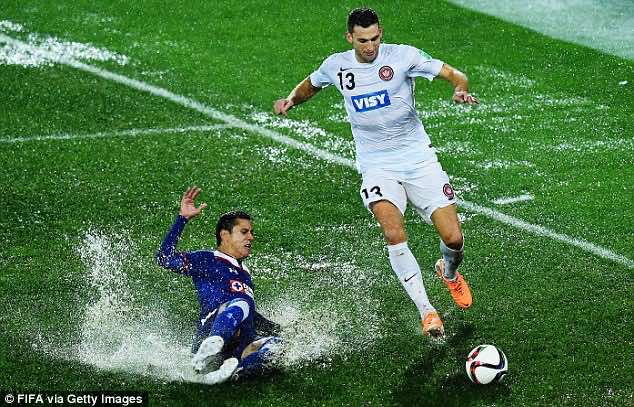 Rabat- As a result of the deluge of rain at the “Complexe Sportif Prince Moulay Abdellah” in Rabat, Spanish football team Real Madrid expressed concern regarding the stadium’s conditions.

According to Spanish media today, the Real Madrid players will face significant problems in Rabat Stadium in their match in the FIFA Club World Cup against Cruz Azul of Mexico, scheduled on Tuesday.

The game between Cruz Azul and the Western Sydney Wanderers (3-1) was played in pouring rain on “a swimming pool of a pitch which quickly turned into a mudbath.”

After conditions at the Prince Moulay Abdellah in Rabat worsened, a source from the Royal Football Federation (FRMF) said that the organizing committee of the FIFA Club World Cup and the FIFA delegation in Rabat are considering moving the semi-final match between Real Madrid and Cruz Azul to Marrakesh’s Grand Stadium.