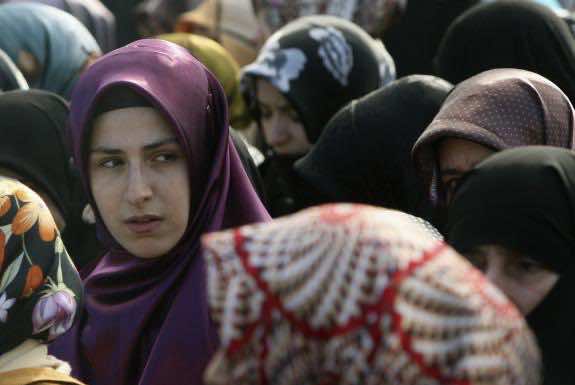 The following article is a response to an article previously published by MWN.

The universality of the call to surrender to the command of God is undisputed by all who call themselves Muslim. This universality, however, is not a universality in terms of acceptance or inclusion, but rather of application and rule. The general principle regarding the laws of Islam is that if something is not expressly forbidden, then it is considered permissible. This is the reason why Islam allows for the continuation of some cultural practices which originated outside of the religion by those who enter (or have entered) into Islam.

Such examples include language and some forms of architecture, food and clothing. But, it is not a correct interpretation to say that God does not intend a certain and defined degree of uniformity in matters which may be considered cultural manifestations of Islam, particularly in dress. Identical to the case of those cultures which incorporate forbidden things in their traditional foods, such as non-Muslims in the West who eat pork, Islam invalidates all that which contradicts it in the matter of clothing.

It is a misinterpretation to construe a hadith from the Prophet Muhammed (PBUH) that prohibits racism as signifying that Islam recognizes multiculturalism or cultural relativity. Again, Islam is supreme and nullifies that which contradicts it. Being perfect in every way, Islam prohibits racism because race is not something over which one has control, but those practices which we willfully choose, such as those things which may be considered cultural, are judged based on a hierarchy of what is permitted and forbidden and what is most to least desirable.

It is important to have a clear understanding of how Islam is practiced. Islam takes the Prophet (PBUH) as the dominant and perfect example of behavior in all things — ranging from which hand one uses to eat to how often one should brush one’s teeth and when. Islam is not revealed within a cultural or historical context, but through a perfect example, an example that all Muslims must strive to imitate. This religion wasn’t revealed to seventh century Arabs, but to Muhammad ibn Abdullah and our understanding of the religion, both our duties and our rights are derived from his example and the understanding of those closest to him.

When the companions had a question on how something was meant to be performed, they asked the Prophet. They did not look towards their culture or their own understanding or interpretation of the religion. For women, because the male is not the same as the female, there are some actions for which they do not look to the Messenger but to his female companions, especially his wives, female slaves and daughter. God states that none of us can be believers until we refer every matter to Muhammad (PBUH) for judgement. So, in the example of modesty, when God commands women to be modest and to dress modestly, women do not ask themselves, “What does modesty mean to me?” They ask the Prophet.

Previous to the revelation mandating the veil, ‘Umar ibn al-Khattab urged the Prophet (PBUH) to require his wives to cover themselves in such a way so that they could not be recognized in public. Thus, use of the veil was not widespread, even for “the women belonging to rich and powerful tribes.” The Prophet (PBUH) was of the noblest families and did not require his wives to be veiled previous to God’s mandate.

Looking to how we are to understand what modest clothing means, we determine how the women surrounding the Messenger ? understood it because they were instructed by the Prophet and no one knows the religion better than he does.

Aisha, the wife of the Prophet, stated that when the verse was revealed, the women of Al-Ansar immediately began tearing excess fabric from the hems of their garments and using that fabric to shield their faces from view. This was done in the presence of the Prophet. Even on the journey to perform the pilgrimage to the Sacred House, Aisha veiled her face in the presence of those not from her household, though it was permissible for her face to be exposed due to the rituals of the pilgrimage.

Those who argue against modesty must come to understand that this religion was never subject to a location or time period or interpreted by a culture or a people. It was interpreted and conveyed by the most righteous creature of God, God’s messenger, Muhammad (PBUH). He interpreted the commands of God and explained them to his followers, not from the viewpoint of the society or culture in which he lived, but as one intimately informed of God’s command.

The moment in time and the geographic location of the revelation have no bearing on the obligation to practice the religion as Prophet Muhammad (PBUH) practiced it. Muslims do not use the standards of the societies in which they live as guidance for how their religion should be practiced. The Prophet did not use the Quraish as a guide nor the People of the Book, but at times would purposefully do the opposite of the disbelievers in order to distinguish the believers.

Modesty does demand that a woman be veiled, that her hair be covered, that she avoid speaking with men outside of her immediate family unless necessary, because this is how the female companions understood God’s instructions, and they are the best of women.

The issue is not whether the hair of a woman excites men or whether disbelieving and sinful women are so wanton and promiscuous that exposing the hair is inconsequential. Muslims are one community and because of this we do not invite one another to sin. If there is potential for a man to be weak, then a believing woman should do what she can to help him. Likewise, if a woman may be weak, then a man should avoid smiling, avoid eye contact and avoid unnecessary communication. We help one another, not challenge each other or try each other’s strength.

We are answerable for all that we do, including tempting others away from the path and inciting those who witness our actions to imitate us in sin. The answer is for everyone to adhere to the religion as it was practiced by the Prophet and his companions, male and female, because he himself testified to the fact that no one, ever, till the end of days will understand the religion better than his generation. We can search for centuries for a better way, but we will only go further astray the more distant we search for something other than what the earliest community did.

Relying on one’s own understanding of the religion and its practices, claiming that the only need is for “a woman [to] be decently dressed” is worthless. The concept of “decently dressed” is subjective and open to the widest of interpretations including complete nudity, as is the norm in some societies. The only acceptable interpretation of God’s commands is the interpretation of his Messenger and no one claiming to be Muslim can contend with that. Without adherence to the sound guidance of the Prophet Muhammad one can never be certain.

Islam is universal and timeless because it is perfect and applicable at all times, in all places, under all circumstances. This is the meaning of the final revelation. It is a he fundamental misunderstanding to conceive of Islam as something owned by the practitioner. Islam does not belong to the Muslims — the Muslims belong to God and the manner in which they exemplify that enslavement and service is through their willful surrender in Islam.

Lastly, if dressing as the female companions of the Prophet did is damaging to anything, it is not damaging to Islam. May God let the modest dress of the female companions damage and serve as a condemnation of those who take their whims and desires as their lord besides God. For, truly, God alone chooses whom He will guide and there is nothing any of us can do about it.

Abd ur-Raheem Murphy is a Muslim American. He is married and he and his wife are converts. He lives in the Mid-West.