Rabat- Controversy continues to grow concerning the conditions of the field at the Moulay Abdellah stadium in Rabat during a quarterfinal match of the FIFA Club World Club on Saturday. 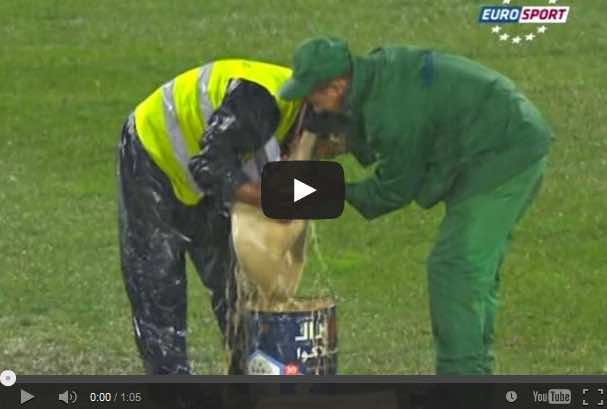 Rabat- Controversy continues to grow concerning the conditions of the field at the Moulay Abdellah stadium in Rabat during a quarterfinal match of the FIFA Club World Club on Saturday.

Speaking to the beIN Sports channel on Sunday, former international Moroccan player Mohamed Sahil said what happened on Saturday in Rabat is “betrayal to the Moroccan people.” He said that the deplorable condition of the stadium, which was broadcasted all over the world, dealt a blow to Morocco’s reputation.

Sahil, who works as sports analysts with the Qatari channel, wondered why Morocco’s sports officials insisted on playing some matches in Rabat when everybody was aware that stadium was not ready to host such an event.

“Moroccan football officials would have been better off organizing the tournament in Tangier or Agadir instead of Rabat,” he said.

The Moroccan people were taken aback Saturday night when they saw Rabat’s stadium turn into a swimming pool. Pictures and videos of the field’s deplorable condition were widely shared on social media all over the world.

Moroccans expressed their utter dismay at the way this incident damaged their country’s reputation and called on the government to hold those responsible accountable.

FIFA announced that the semifinal match between Cruz Azul and Real Madrid, scheduled to take place on Tuesday in Rabat, has been moved to the Grand Stadium in Marrakech, due to poor condition of Complexe Sportif Prince Moulay Abdellah in Rabat.